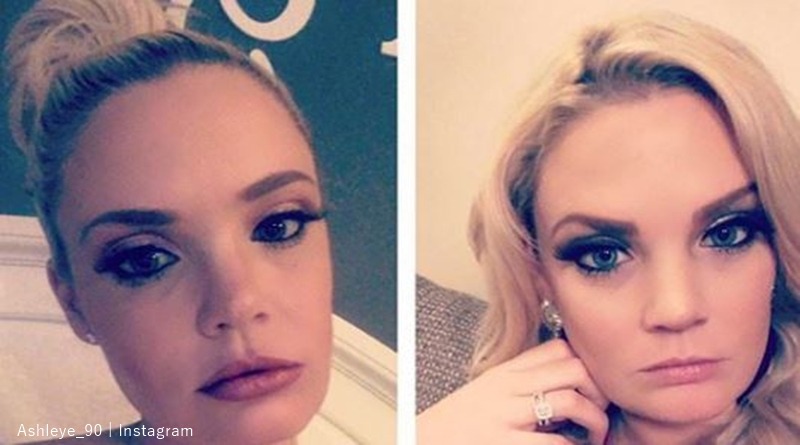 90 Day Fiance: Happily Ever After? arrives on our screens today, April 28. Ashley Martson and Jay Smith feature on the show. Recently, Ashley and Jay upped their drama on Instagram and she filed for divorce. According to a new story, she’s already found someone and is dating. But then again maybe she’s not dating.

Several outlets, including InTouch Weekly and US Weekly, wrote up the story that Ashley Martson found herself a new man. The reports emerged from her partying hard at her birthday dinner over at the Playboy Club NYC. US Weekly says that she’s “Really happy now.” Yeah, we get it. This time last week she was wailing about how much her life sucks. However, the outlet adds that she’s probably happy as she “found someone at an event” but “it’s nothing serious.”

Ashley then went on to say, “I’m in a much better place right now and surrounding myself with someone who’s honest and treats me well.” The rest of the reports mainly picked up that Ashley, from 90 Day Fiance and Teen Mom alum, Farrah Abraham were together enjoying the party. They wrap it up, mentioning her latest divorce from Jay Smith (There’s been more than one). On that, US Weekly wrote that Marston said she was ‘”devastated” by the breakup because the marriage was “real.'”

The male model, the date and maybe-not-dating, Ashley confuses fans of ’90 Day Fiance’

Ok, right so Ashley Martson’s dating. On social media this week we saw Ashley out with some hunky looking guy. However, as this followed her posting up that she needed a male model, people assumed the guy was the model. Others thought she just had some fun with New York Giants’ Running Back, Michael Cox. In fact, 90 Day Fiance followers saw some of that on one of Ashley’s Stories which showed her partying without Jay.

Now, in another post, Ashley’s either trying to be cryptic or hint at fake news. She also posted some photos of her with people at her party. Well, some of them included men and fans thought one of them may be a Bono look-alike. She captioned it with, “Had a great night last night. So ready to have another good night. I’m not dating anyone in these photos so don’t listen to the fake news 🙄#birthday.”

Ok, so Ashley basically just said that her dating is fake news. On social media, where you catch a quick comment, words can be used to manipulate instant perceptions. If the message comes over as she was a party but “I’m not dating anyone.” That’s what people believe, especially if you add, “don’t listen to the fake news.” The message is that she was a party and news outlets reported she was dating someone – wrongly. However, if you get cryptic and slip in the words – “in these photos,” – that’s altogether a different message.

Was that message by Ashley a cryptic attempt to propagate more fake storylines? Are you confused? Is Ashley dating-not-dating? Shout out your thoughts in the comments below.