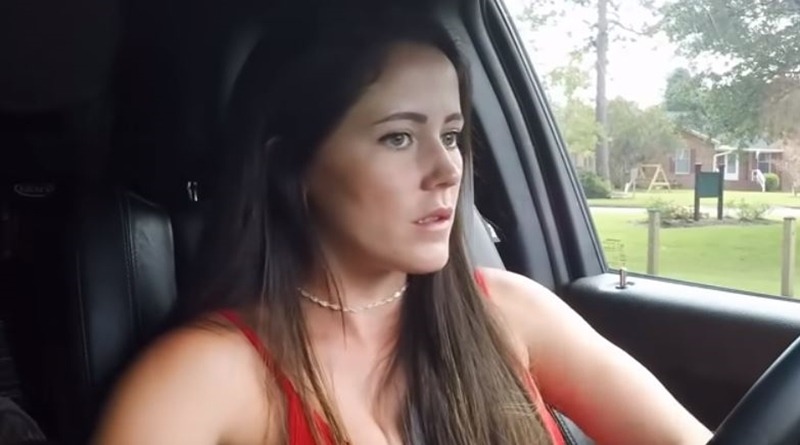 Teen Mom 2 is all over social media following media reports that husband David Eason, killed Jenelle Evans’ dog. Allegedly, she ran away from the house after the incident. Reportedly, this came after someone called the cops about it. However, Jenelle took to her Twitter to deny she ran away.

Fans of Teen Mom 2 flocked to social media after they read that David Eason allegedly killed Jenelle’s dog. Radar Online reported that “she fled her rural home with her children after her husband David Eason was accused of killing her dog.” According to their report, a source said she “was in hiding after the horrific event that took place on their rural North Carolina property and sheriffs came to “The Land” to investigate.” Additionally, they suggested she “doesn’t know where to go.”

Of course, fans immediately confronted her and responded to what sounds very serious. Here’s what some of them said to Jenelle:

Jenelle denies that she ran away from her home, says she never knew about it

After the Teen Mom 2 star started being hammered over the dog killing incident, she just wanted people to stay away from her. She posted up, “Everyone just please leave me be right now, I don’t need anymore f**king drama!” However, no way anyone would leave her alone at a time like this. In fact, recently, many followers of MTV’s show complained about her keeping animals. That prompted Jenelle to return to Twitter to talk about it a bit more.

Actually, she totally denies the headline that Radar Online wrote. Jenelle noted that she “didn’t “run away from home.” Actually, she said that she hadn’t “been home all day,” That’s because she was really busy looking after both her and the kids. She added that she had “no idea any visitors came to [her] house.” Jenelle also said that she has no idea “what happened” there.

Angry about the story, Jenelle also mentioned on her Twitter that she never spoke to any media and still has not. She then pleaded for people to “stop making up rumors.” It seems she disputes what the “source” said to Radar Online.

What do you think about Radar Online claiming that she “ran away from home” after David shot the dog? Do you think there’s any truth in the allegations? Is it possible that Jenelle Evans didn’t know what happened? Sound off your thoughts in the comments below.

Update: She is now saying a bit more and even talking about considering divorcing David.