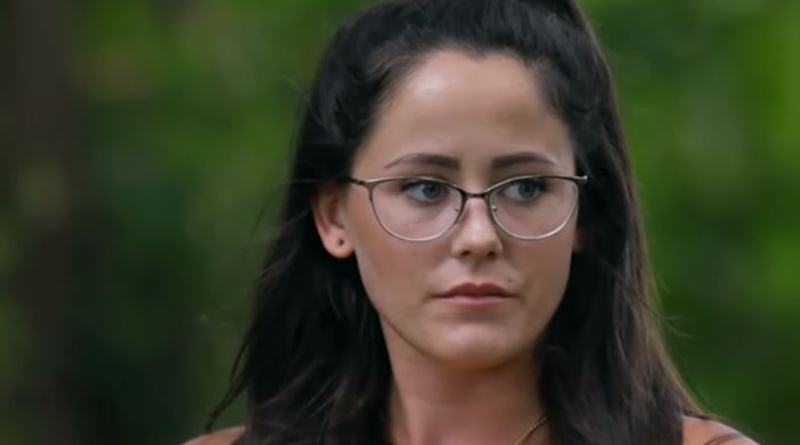 Teen Mom 2 fans know that Jenelle Evans Eason often threatens to quit her social media, Twitter in particular. However, she seldom leaves altogether and seems to bounce back now then just long enough to get upset. Now, late Friday night, April 12, she announced that she’s quitting Twitter again because people are so mean. But her account’s still up, so maybe it’s just another hiatus.

What Jenelle Evans seems incapable of grasping, is that so many of her followers merely speak out because they are concerned for her and the kids. Not all of them go to her social media to troll her, but they do have their say on her lifestyle. In particular, they worry about her husband David, and rumors, including her infamous 911 call, that he’s abusive.

Recently, Jenelle started tweeting about the reunion and how hateful everyone is with her. She posted up, “After this stressful reunion, I’ve been put through the ringer. To trust an entire group of people for years then they turn their back on you and treat you like a…” Fans of Teen Mom responded, with one pointing out, “Girl they don’t “turn their back on you” for no reason. There’s a big reason. And you refuse to see it.” In fact, many followers chipped in with their thoughts and many of those revolved around how she’s in an abusive relationship and needs to wake up.

With her latest post saying, “Everyone is mean on here. Bye!” she sadly had few people asking her to stay. In fact, one user, @Mic*** noted, “This is NOT an airport, no need to announce your departure!” However, some Teen Mom 2 followers tried to explain why they become “critical.” Here’s what some of them said:

Everyone is mean on here. Bye!

‘Everybody’s mean’ on Twitter, but that’s not always true

While many people say her leaving Twitter doesn’t matter to them, and others waved goodbye, not everyone’s mean on Jenelle’s Twitter. In fact, it’s not true because no matter what, some fans of Teen Mom 2 always stand by her, defend her, and encourage her. So, to balance it out for Jenelle and followers of her account, let’s look at some of the nicer things said to her:

In fact, many more supportive messages came out in the thread, so Jenelle should take some comfort there. As Matt Roloff said when speaking to Alec Lace on the First Class Fatherhood podcast, they look at the “one percent” factor. He explained that those are haters and trolls on social media. He notes that the majority of people are normal, nice folk.

What do you think about Jenelle Evans Eason wanting to quit Twitter again because people are mean? Do think she focuses too much on the negative comments and not enough on loyal fan posts? Have your say in the comments below.