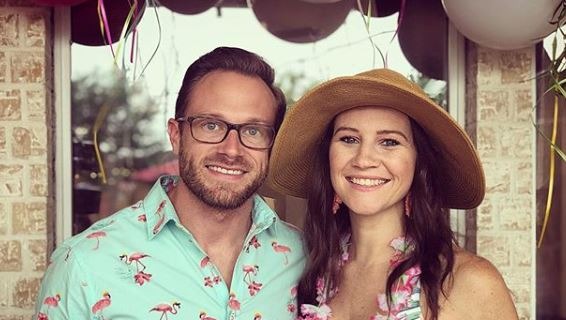 On the show Outdaughtered on TLC, a large storyline was the fact that Danielle and Adam Busby bought a Rush Cycle franchise. This was a big decision for the couple. They finally decided it was the right thing to do. Danielle was spending a lot of time working there. Now it turns out that it sounds like they have parted ways with the business already.

Did the Busby family move on?

If you follow Danielle and Adam on their social networks, they haven’t posted about Rush Cycle at all lately. They used to post all the time about this business. They owned the one located in League City, Texas. It is odd that Danielle and Adam aren’t posting anymore.

TV Shows Ace actually spoke with the cycle studio via phone. When asking if Danielle and Adam Busby were still the owners they replied that they are not. So why haven’t they said anything to fans yet? A new season of Outdaughtered would be the perfect time to reveal this news and what happened. It was back in 2017 that the news came out they had purchased this franchise. If you check out the Instagram page for Rush Cycle, there are some really old photos with Danielle Busby in them but nothing recent. Because of all of this, it looks like they have moved on from the business.

The League City Rush Cycle has been posting updates, but none of them show the Busby family. Here is a recent one about the Rush Cycle family.

We could not ask for a better rush family! We had so much fun today at Clear Lake Park. 🧡 Where would you like our next rush social to be? #rushlctx

How is the Busby family doing now?

In December of 2018, Adam and Danielle shared that some things have been going on in their life. It turns out that they moved into a new home. There is a new season of the show coming and the couple shared that they don’t want to reveal all just yet. Adam shared that on the upcoming season fans will find out why they had to move. He admitted to issues with their old house. At the time, they were in a temporary home that they love. Danielle did say that it has been very “life-changing.” Because of this, they didn’t do a great job of keeping fans up to date on how they were doing.

Are you surprised to hear that it sounds like Danielle and Adam Busby are no longer part of the Rush Cycle business? Share your thoughts in the comments below.