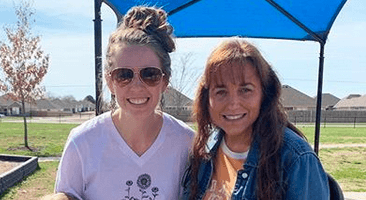 On Friday, Josh and Anna Duggar announced that they are expecting their sixth child together. Michelle and Jim Bob, Josh’s parents, shared this exciting announcement on the Duggar Family Blog. It sounds like everyone in the family is overjoyed about this new addition, who will be born this fall.

In this blog post, Michelle and Jim Bob said, “We are so happy for Josh & Anna, expecting their 6th child and our 16th grandchild!” Immediately, fans counted the grandchildren and realized that this number doesn’t make sense.

Could another Duggar be expecting a baby?

Because of this, fans are beginning to wonder if another Duggar could be pregnant. As of right now, there has not been another pregnancy announcement. There are more than a few women in this large family who could be expecting in the near future. It’s possible that the expectant family decided to tell their relatives and not announce it to everyone else yet.

Here are some of the possible pregnancies that could be announced:

Could Michelle Duggar be referring to Josiah and Lauren’s angel baby?

There is a chance that Michelle was talking about the baby that Josiah and Lauren miscarried recently. This has been a very big event in the whole family’s life. It would make sense for Michelle to honor the couple and their angel baby in this way.

The main reason that this doesn’t make sense is that Anna has also had miscarriages before. If Michelle was including Josiah and Lauren’s angel baby, she should have included Josh and Anna’s angel babies as well. In addition, some of the other family members may have miscarried but might not have made it public.

Did Michelle let a secret out too soon? Who do you think this 16th Duggar grandchild is? Do you have any guesses? Let us know in the comments below! For more updates and the latest news on the Duggar family, check TV Shows Ace!