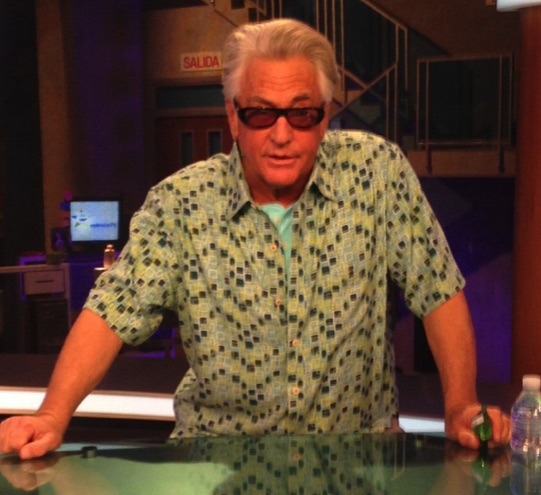 Former Storage Wars star, Barry Weiss, was involved in a bad motorcycle accident Wednesday afternoon. The fan favorite reality star is currently in ICU with broken bones, as well as internal injuries. What happened to Barry?

On Wednesday, Barry Weiss and a pal were riding their bikes in the Los Feliz area. According to TMZ, a car pulled out of a parking space without checking for people. Both Barry and his pal “slammed” into the vehicle, before falling to the ground.

Barry Weiss was on the first four seasons of Storage Wars. Nicknamed “The Collector,” he sought out antiques in the abandoned storage lockers he bid on. Barry returned to tv after Storage Wars with Barry D Treasure. Weiss had said that he would like to return to television, but not back to Storage Wars. Instead, he would like to host a show featuring antique cars, something that he happens to collect.

Barry Weiss was best friends with the father of Monster Garage star Jesse James. He and Jesse’s dad were often in business together, which Jesse claimed was often nefarious. But, the two did collect antiques and they supplied the early TGI Friday restaurants with their trademark antiques when the chain first opened.

Darrell Sheets Had A Heart Attack At Justin Timberlake Concert

Last month, Darrell Sheets suffered a heart attack when he attended a Los Angeles Justin Timberlake concert with his fiancée Romney Snyder. Darrell, also known as “The Gambler,” later revealed the severity of his his heart condition. He explained that he had the widow maker and two of his arteries were 95 percent clogged. He is now recovering and thanks fans for their prayers and support.

Do you miss Barry Weiss? Please share your thoughts or comments about Barry’s harrowing motorcycle accident below. Storage Wars is still going on strong in 2019. Watch repeats of the first twelve seasons on A&E. As of now, there has not been an announcement about a Storage Wars Season 13.