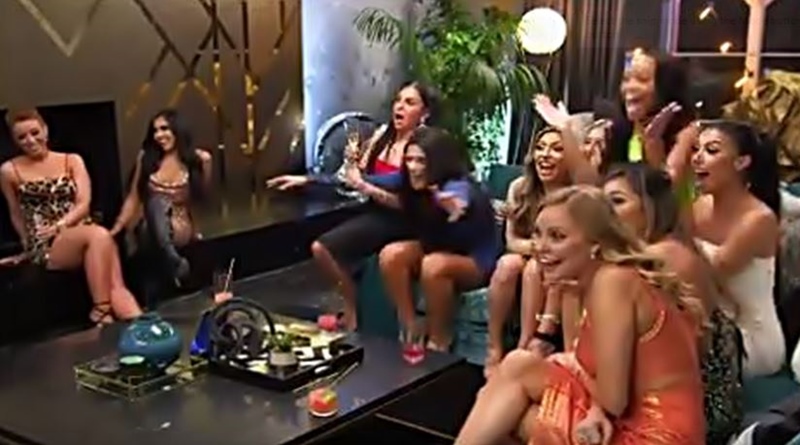 Double Shot at Love with DJ Pauly D and Vinny premiered with back-to-back episodes last night, April 11. It looks like MTV’s crazy and wacky dating show’s a winner, as Pauly D announced on his Twitter that they’re trending already. That’s no huge surprise as it really delivers humor, odd moments, and head-scratchers. Step aside Bachelor, this series looks to snatch the dating-world crown.

Fans recall Pauly D and Vinny from Jersey Shore. In the new series, Double Shot at Love, Pauly D and Vinny meet 20 women. Really, their personalities ranged from plain weird and zany through to ‘normal.’ However, the show’s different from what we use used to seeing. In the two episodes of the premiere, we see the contestants split up into two groups. So, one group thinks that Paulie D’s looking for love and the other group thinks only Vinnie is.

Between the two of them, they both ended up sending some of the women home. Cate the bartender sent herself home, but no clear reason emerged. Mind you, there must be some reason for it as she managed a meltdown. Pauly eliminated Alli, who seemed doomed for the simple reason that she resembled an ex-girlfriend. She looked just like Aubrey O’Day. Vinny sent away two normal-type people, Shira and Desiree.

"If you're ready for a shot at love, so am I!" 😭 This season on #DoubleShotAtLove is going to be one for the history books! Don't miss the premiere TONIGHT at 8/7c on @mtv. 🌹 pic.twitter.com/3uMnU7JYEk

Taking to his Twitter, Pauly D announced with glee that the new MTV show’s trending already. “Yes, We Are Trending!!!! #DoubleShotAtLove

Here’s what some of the other viewers felt about the Double Shot at Love with DJ Pauly D and Vinny show:

The Futon Critic reminds us that the premise for the show is that “the boys may get to choose who stays and who goes, but the ladies hold the ultimate power to decide whose love they’re competing for.” That’s what makes this stand out from other dating shows.

Did you watch the show? What did you think of the crazy and wacky take on dating? Do think MTV’s onto a winner because they trended so fast? Shout out your thoughts in the comments below.

To see who gets to go home next week, tune in on MTV on Thursday night at 8/7c.

Remember to stay in touch with TV Shows Ace for more news about Double Shot at Love with DJ Pauly D and Vinny.