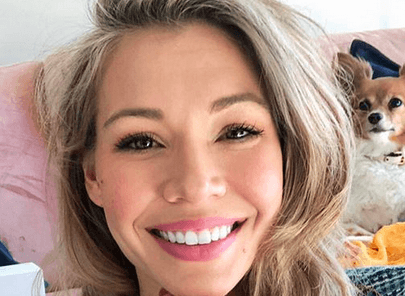 Krystal Nielson was on The Bachelor during Season 22. Then, she was on Bachelor in Paradise during the fifth season of the show. She met Chris Randone and won Bachelor in Paradise. Now, the couple is engaged. They seem happy together and like they make a great couple. They are one of the couples that has lasted after starting out on reality TV.

Recently, they moved into a house together and are enjoying their life as it is right now. We’re sure a wedding is in the works, but an exact date has yet to be announced. When it is time, all of their fans will be the first to know. The couple is open with their followers and wants to keep them updated on this kind of news.

You make my heart so happy @chrisrandone 🥰🌈

Krystal Nielson reflects on a rough 2018

Though things are looking up for the reality TV star now, she didn’t have the best year last year. It can be hard to know exactly how celebrities feel unless they really open up to their fans. Well, she recently shared a multi-photo post on Instagram and reflected on 2018. She refers to 2018 as “the year of breakdowns and rebuilds.”

While she was on Bachelor in Paradise, she became known as the “villain”, which she talks about in the post. She also brings up her costly hospital bills, dropping credit score, and self-doubt. It was definitely a rough year for the reality TV star.

Though she did have some lows in 2018, she did share a few of the highlights. For one, she talks about launching her own business and describes it as “the year that I made my dream to write a workout program come true.” In the post, she details how much of an impact this had on her life.

At the end of her post, she added, “2018 You taught me that my heart is the only validation that I need. To embrace the dark nights because that is when we grow the most. And most importantly to never lose faith in my dreams.”

In the comments of her post, fans and fellow Bachelor stars shared their support for Krystal Nielson. They applauded her honesty and lifted her up. Overall, this raw post got a lot of positive comments.

What do you think of Krystal Nielson’s powerful reflection? Let us know in the comments below! Check TV Shows Ace for more reality TV news!