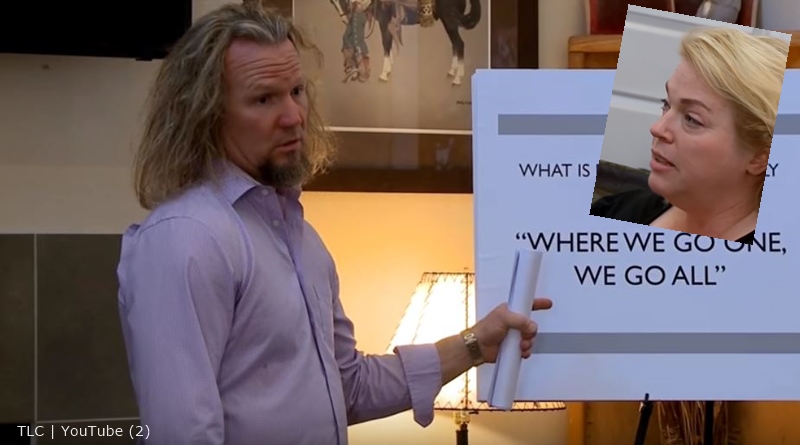 Sister Wives‘s Brown family had their Las Vegas homes on the market while committing to Flagstaff properties. Perhaps they expected buyers flocking in to live in their homes, but that never happened. However, April brought luck their way and Janelle Brown’s home sold just days after Christine’s. Meri Brown’s home remains the last Brown family home available on the real estate market.

Once again, Radar Online reported good news on the Brown family’s house sales. They reported in February that Robyn’s home sold first. After that, nothing happened, but in April, they reported Christine’s home sold on April 2. Now, in quick succession, they advised Sister Wives fans that Janelle’s home sold last Friday. All three homes that sold went at reduced prices. Initial asking prices and sales prices were:

The homes in Las Vegas never sparked with potential buyers until their prices dropped. In the meantime, Kody Brown pitched in to try and get some interest in their properties. Initially, it looked like nothing came of it. In fact, he made personal appearances at Christine, Meri, and Janelle’s homes. Nothing happened immediately, but a month later, it seems golden.

Now, only Meri Brown’s house remains. Hopefully, her home sells soon, so they can all move on from Vegas and get on with their Arizona lives. When they moved to Flagstaff, Kody Brown purchased a home for Christine and managed to rent a million dollar property for Robyn. So, perhaps they’re not as broke as the current season of the TLC show makes out. Nevertheless, the sale of the Las Vegas homes must be something to celebrate in the Brown family.

What do you think about Janelle Brown’s home selling so soon after Christine’s? Do you think Kody helped, or were their prices simply more realistic after slashing them down? Have your say in the comments below.