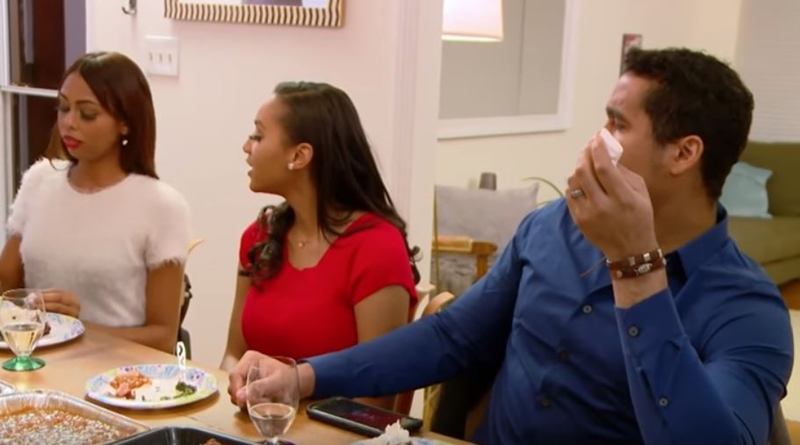 90 Day Fiance‘s getting a spinoff for The Family Chantel, TLC announced on Monday, April 8. Howard Lee, GM for TLC said: “Fans can’t get enough of Pedro, Chantel, and their larger-than-life families.” Fans of the show recall that they first appeared in 90 Day Fiance Season 4. We also saw them in 90 Day Fiancé: Happily Ever After, and we can expect to see them return again.

Fans of TLC will easily recall that Jimeno, from the Dominican Republic, and Chantel Everett became secretly engaged. It all culminated in a hectic and memorable dinner on Happily Ever After. People.com reminds us that Jimeno”memorably got into an explosive fight with her family over dinner (to recap: lamps were punched, shirts were torn, weaves were ripped out). Of course, there’s nothing like mega-drama to rush the ratings up the ladder.

The announcement from TLC included more details about the spin-off and both families will feature. These include Chantel’s parents, Karen and Thomas. Plus there’s and her siblings Winter and River. On Jimeno’s side, we’ll see his mom, Lidia and his sister Nicole. The show that’s airing on its own night is titled, The Family Chantel.

TLC says that this couple is the most popular couple on their celebrated 90 Day franchise. Of course, fans reacted to the news on social media. Actually, not all of them seemed elated by the news, but an interesting aspect came out through social commenter John Yates. On his Instagram, he suggested that Bravo bring in Mama Chantel as “a housewife on #RHOA.” Fans loved that idea. Others thought that they’d prefer a couple with more fun than drama.

Nevertheless, many fans of TLC loved the idea of The Family Chantel. On the TLC Network’s official announcement on Twitter, once again some of them felt Mother Chantel would be the star of the show. Here’s what some of them said about it:

😱Things are about to get a lot more stupider! A new #90DayFiance spinoff #TheFamilyChantel is coming to you Monday nights this July!! pic.twitter.com/RQ1fZ8XFrS

There’s a special coming on April 15 where you can see a summary of their moments on their journey. However, if you have TLC GO, you can see it on Friday. People also notes that “The Family Chantel premieres in July on TLC and will be airing on Mondays. The newest season of 90 Day Fiancé: Happily Ever After premieres April 28.”

What do you think about The Family Chantel spin-off by TLC? Do you think this couple is that entertaining they deserve their very own show? Sound off your thoughts in the comments below.

Remember to check in with TV Shows Ace for more news about The Family Chantel and 90 Day Fiance.