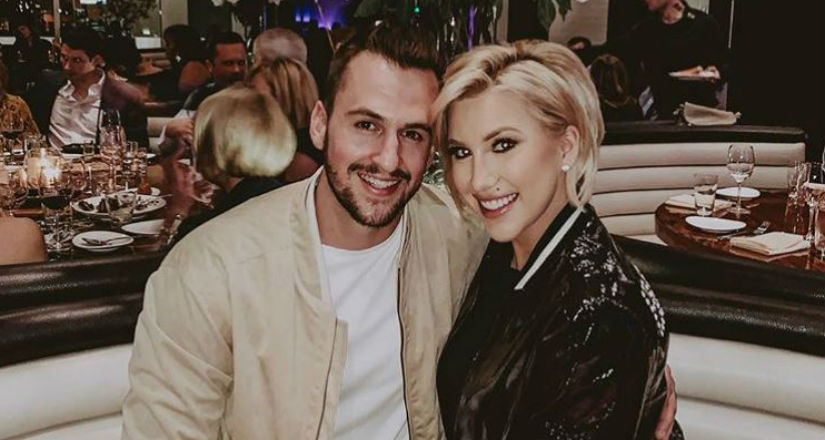 It’s been an exciting month for Savannah Chrisley and fiance Nic Kerdiles. Their new show Growing Up Chrisley premiered and in addition, the couple also announced their engagement.  Now as hockey season is wrapping up for Nic, he made a big announcement about his future business plans.

What will Nic be doing?

Professional hockey player Nic took to Instagram to announce his plans to sell real estate. Nic said in the post, which features a professional photo of him, he is a fully licensed real estate agent in the state of Tennessee. Along with announcing his plans he revealed real estate is another huge passion that of his. In addition to selling, Nic is also ready to help clients find their perfect home. If looking for a home in the greater Nashville area, Nic may be your guy!

After announcing his plans, Nic vowed to be available to his clients day or night. For anyone interested in using Nic as their agent, his real estate web site will be active within the next few weeks. Fans will probably learn more about his new venture on the show.

As the hockey season winds down, I am very excited to share that I am pursuing another passion of mine this summer in working in the Real Estate industry. I’m a fully licensed and active real estate agent in the State of Tennessee. I’m hungry and eager to find you your next home, as well as aid you in selling your current home, as your new chapter begins. If you’re looking to work with an agent who truly cares about your best interest and will work day and night for you, then I’m your guy! My website will be live in the next coming weeks so keep an eye out! Contact me at Nic@nativview.com with all of your inquiries. I look forward to working with you… let’s get to work! 😉

Real estate and engagement announcement all in same week

Nic’s real estate announcement comes on the heals of his engagement to Savannah Chrisley finally being made public.  Nic and Savannah were actually engaged on Christmas Eve, but wanted to soak it all in before sharing the news with the world.

The couple chose the perfect time for their announcement as their new spin-off Growing Up Chrisley premiered on USA last week. Nic and Savannah have been dating for more than a year and they look very happy and in love.

I feel like I’m dreaming!!! 😭😭 many are asking why we waited so long to tell you…well…we just wanted to enjoy our time right after the engagement and just kinda figure out life!! We wanted it to be intimate and very private. But now we are so excited to share with all of you!! SWIPE LEFT TO SEE THE RING ❤️ @nickerdiles SURE OUT DID HIMSELF!! 📸 @nicolebalsamophoto

Fans can catch Nic and Savannah and learn more about their life together on USA’s Growing Up Chrisley.