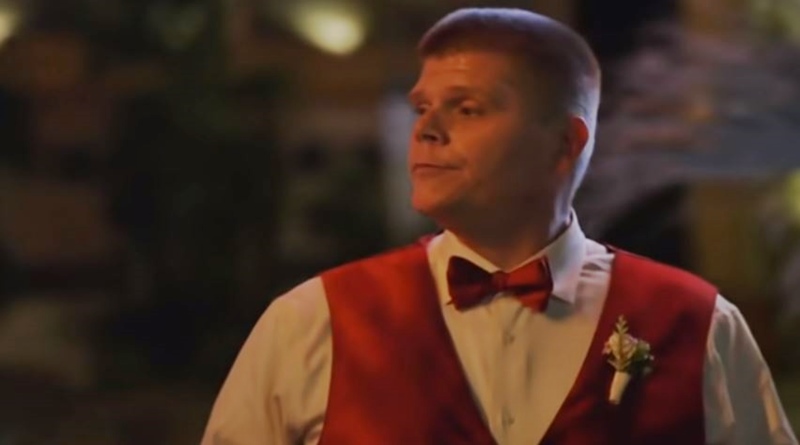 Mama June: From Not to Hot showed Geno arrested and later released from jail in the latest episode. However, it looks like Geno broke his promise to Alana about never going back to jail. In the episode, we saw him arrested over not reporting for community service. Now, many months after he made that promise, he and June were arrested. They allegedly had cocaine and drug paraphernalia on them. Plus, Geno was charged with domestic violence as he apparently threatened June.  Since then, his court order keeping him well away from June got uplifted, but that won’t make up for his failed promise to Alana.

Mama June: From Not to Hot showed Geno going to jail over community service

In the April 5 episode, Alana really looked sad as Geno got arrested while they went to the fair. Actually, fans of the show wonder why they felt compelled to bring her out the fair just to see Geno arrested. Perhaps people forget she’s still a young girl in many ways. Anyway, it happened, and she was upset.

As the Daily Mail noted, “He was in there for failing to finish community service for an earlier DUI.” In the episode, June said in her camera confessional, “I’ve talked Geno up to be a good guy. Now he goes and goes to jail. What are people gonna think now?” Then she added, “He couldn’t complete community service like he was supposed to? I mean, c’mon now –that’s quite disappointing.”

Well, yes very disappointing at the time when they prepared for Alana’s Dancing With The Stars premiere. Nevertheless, it looks like for Alana, the whole thing about betrayal may be bigger than his arrest in that episode.

In the WEtv episode, Love After Lockup, fans of Mama June: From Not to Hot finally saw June get her man out of jail, and everyone welcomed him home. In later scenes, he spoke to Alana and made her a promise. He said to her, “‘I love you, I love your mom…I love everybody and I’m not going anywhere.” Then to top it off, he swore to her, “Pinky promise, I’m not gonna go to jail again and I promise I’ll be here for you.” Yeah right!

Of course, fans of the show commented about it on social media, though some missed the broken promise.  However, some of them also got a bit skeptical about the arrest. Others hurt for Alana. Here’s what some of them said on Twitter:

Alana and the ‘Pinky Promise’

Poor Alana really still is so young in so many ways. In fact, “Pinky Promise” probably meant so much to her. As she said, “You never break a pinky promise…That’s one thing you don’t do.” Well, how sad, because since Geno got arrested last month for domestic abuse et al, he just shattered her faith in Pinkies. It’s a sad world Alana, one where Santa turns out to be your grandpa, Bill Cosby’s not funny anymore, and the tooth fairy never existed. However, hopefully, she finds a better role model to trust in the future.

What do you think about Geno breaking his promise to Alana about never going to jail again? Do you think she can ever fully trust him again? Sound off your thoughts in the comments below.

Remember to check in with TV Shows Ace often for more news about Mama June: From Not to Hot.