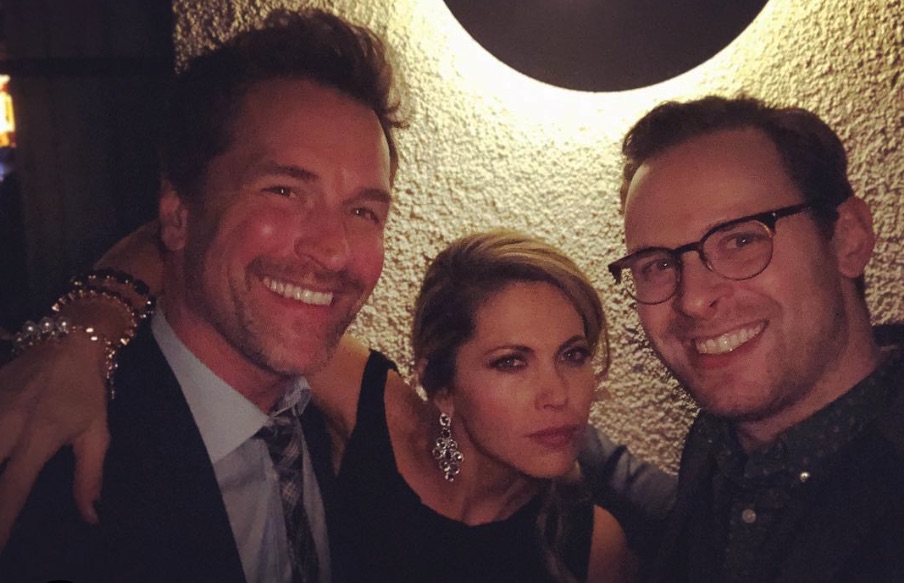 Pascale Hutton went to social media about the When Calls The Heart return. What did she have to say to #hearties, and what do we know now?

Pascale Hutton’s Promise Of When Calls The Heart Return

On Sunday, hours before When Calls The Heart Season 6, episode 6 entitled “Disputing Hearts” should have been aired, Pascale Hutton went to Instagram to let fans know it won’t be much longer. The actress who portrays Rosemary Coulter shared a short message thanking #hearties, the nickname given to fans of the show, for their patience and support during this time. Best of all, she also promised that the show will be airing soon.

“Thank you #hearties for your support and love and mostly your PATIENCE. I promise we will be back on the air and in your homes soon. 💗”

Jack Wagner, who plays Bill Avery, shared his own social media. He was headed back to Vancouver. This is the location where When Calls The Heart, and other Hallmark shows are filmed. But, with the WCTH hashtag, it was clear this was meant for fans of the pulled show, as he shared his video with the words “sending love” to #hearties.

Jack Wagner has remained silent since the Lori Louglin scandal occurred. He had previously told Country Life that he joined the show because he and Lori are “buddies,” and he is a golfing buddy of her husband Mossimo Giannulli. This is a close knit group and this situation must be as painful for the stars of the show as it is for #hearties.

Thank you #hearties for your support and love and mostly your PATIENCE. I promise we will be back on the air and in your homes soon. 💗

No Details On WCTH Changes

As of now, there is no official word on what sorts of changes Hallmark is making with the remaining Season 6 episodes of When Calls The Heart. Are they replacing Lori Loughlin with another actress to portray the character of Abigail Stanton and filming new scenes? Could they kill Abigail off screen and just deleting those scenes from the story? Are they keeping Lori, but editing the scenes so that she is in a supporting role?

Those are just some of the possible scenarios that Hallmark could be considering. They have not shared any information on what they are doing, so at this point, #hearties are just guessing, as they patiently wait for their beloved show to air again.

Sending love to you all. Have a safe & Blessed weekend🙏 @wcth_tv @hallmarkchannel #hearties

When Calls The Heart Season 6 Return Was Highly Anticipated

Fans highly anticipated the return of When Calls The Heart. Fans were waiting for the return of Hallmark’s number one show. Seeing Elizabeth Thatcher Thornton (Erin Krakow) without Jack, was a huge draw for fans. But, there were other interesting storylines that fans have wanted to see pan out.

Even Pascale Hutton’s storyline will be dramatically different in Season 6. According to Entertainment Weekly, this is a transformational season for Rosemary’s character, who was going to show a more vulnerable side. Hutton had told ET that “We’re seeing more of a window into what that world is for her when she doesn’t have the razzle-dazzle show being put on, it’s more introspective.”

#Hearties, do you feel encouraged by Pascale and Jack’s social media posts directed towards you? How do you think they will resolve the show post-scandal? Please share your opinions and thoughts in the comment fields below. Make sure to come back to TV Shows Ace for all the latest #Hearties news.