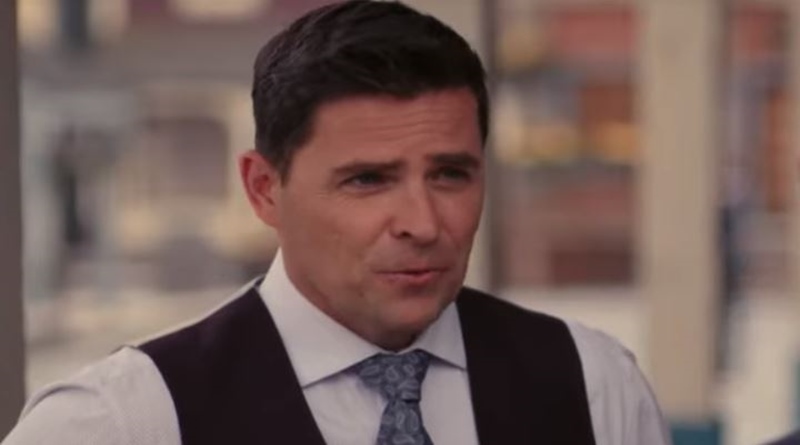 When Calls the Heart Season 6 is on hiatus following the arrest of Lori Loughlin who played the role of Abigail Stanton. Even if she were found not guilty of wire fraud in the college admissions scandal, Hallmark won’t bring her back. Hearties only saw three episodes of the new season before her arrest and Hallmark’s subsequent hiatus of the show.  Today, March 31, marks the third Sunday we’ll probably miss an episode.

When Calls the Heart episodes on indefinite hiatus

Fans of When Calls the Heart obviously worried that Hallmark would shut down the whole thing. However, on social media, Brian Bird and other executives assured them that the show would still go on. In the various groups for the show, fans speculate on whether the character of Abigal gets recast or just written out the show. Mind you, most fans only feel some relief that efforts to keep the show going continue.

Nobody’s sure when we’ll see the remainder of the re-tooled season. Obviously shooting new bits and pieces or even editing existing episodes takes time. In the meantime, details of what we should have seen help us imagine Season 6 of WCTH in the original format. Seven episodes, the last of which should have shown next week come with their synopsis details on Google.

First episode we never saw on When Calls the Heart

March 10, we saw the third episode of the show which showed the intimidated judge releasing two gunrunners. Bill got some people to help him chase after them. We saw Abigail getting into it with Lucas over the hours of the tavern. That’s significantly the last any of us see her, IBT reminds us. Plus, fans of Carson and Faith saw them weighing up their relationship.

March 17 never arrived with episode 4 of When Calls the Heart. In that episode, the synopsis tells us that Heart Of A Mountie introduced Nathan, the new Mountie. He and Bill straight away get to work on Lee’s stolen payroll. Meanwhile, over at the school, a debate becomes heated and splits a few friends. Fans of Carson and Faith will be happy to know they don’t split but decide to “keep their romance a secret.”

Episode five of the WCTH show is titled as Surprise. The synopsis reads, “Elizabeth confronts Nathan about his parenting style. Bill is offered a judgeship but is unsure if he wants to take it. Rosemary hosts a girls-only night while Faith and Carson’s romance blooms. Jesse finds surface oil, but can’t afford to drill.” No mention of Abigail there, so maybe Hallmark can edit that one a bit.

Episode 6 which we should have seen today, March 31, came with the title, Disputing Hearts. Unless they recast Abigail, this episode may not feature too much of the original content in the future. The synopsis says that “Abigail must settle a dispute among the landowners.” It comes after “Gowen strikes oil, which splits Hope Valley into the haves and have-nots.” Meanwhile, “Elizabeth must quell Cody’s jealousy when Robert’s family comes into money.” Plus, “Nathan urges Bill to re-examine judgeship offer.”

Episode 7, titled Hope is With the Heart, would have only screened next week on April 7. The synopsis for that also shows that Abigail enters the story as she “reunited with an old flame.” Plus, trying to stay on Elizabeth’s good side, Lucas sets up a library for the town. Meanwhile, “Alie tricks Harper, Robert, and Opal into believing the town has a haunted house. We finally see Bill conducting his first trial as he’s now a judge.

So, that’s what we missed so far, and what we’ll probably miss next week as well. Do you think the showrunners will struggle to edit season 6 of the show? Would you prefer to see Abigail written out completely, or just see her replaced by a new actress? Sound off your thoughts in the comments below.

Remember to stay in touch with TV Shows Ace for more news about When Calls the Heart.