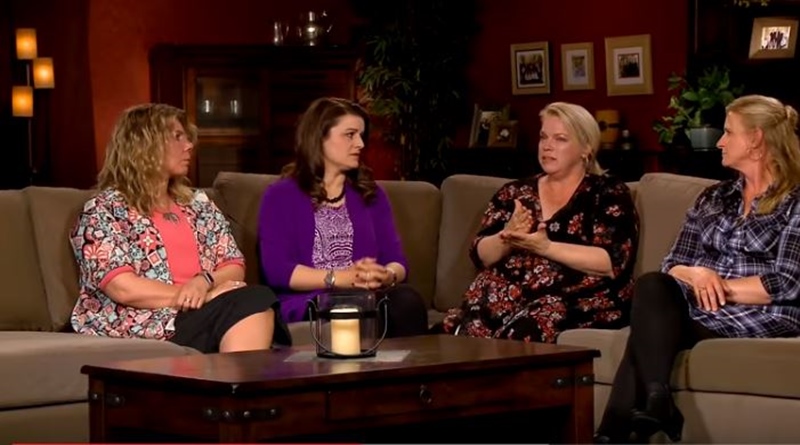 Sister Wives’ latest episode was fraught with differences. Moving to Flagstaff involved looking at properties to see which one would fit the family best. Discussing it later, Meri and Robyn Brown got into a little tiff over who holds top wife position. It might be that Robyn’s the one who wants Flagstaff and there might be a good reason for that line of thinking. Is Kody doing this move to suit his newest wife?

Followers of the Sister Wives show know that Meri Brown was Kody’s first wife. Robyn came into the family last, after Janelle and Christine joined. However, Meri divorced him so that he could marry Robyn. Apparently, the reason was so that Kody could adopt Robyn’s kids. Although Meri did it, with some obvious reluctance, things seemed to sour for her after that. It was her idea but still wasn’t easy.

While the years moved on and the seasons came and went, Meri didn’t often speak of the divorce, but in Sunday’s episode, it was obvious it still rankles deeply. Meri first saw the one property and fell in love with it. However, when the whole family visited Flagstaff there was another property to look at. Now, for Meri, the second property at Coyote Pass didn’t make her overly happy. Meanwhile, Janelle flip-flopped and Robyn gave Janelle the nudge she wanted for the second property.

Emotions were running high, so when Kody gathered everyone together to discuss it all again, Meri seemed a bit peeved. Kody asked Meri her thoughts. Interestingly, Meri responded with “why me?” She meant as in why not have Robyn speak up first. Actually, it’s becoming more obvious that Robyn gets the lion’s share and Meri very much is an afterthought in discussions.

Kody said that “the reason I’m going to you next is…” before being interrupted by someone out the picture. It was Robyn who said, “you’re his first wife. ” Meri replied saying, “whatever… you’re his legal wife.” Robyn continued by saying, “who frikking cares about that?” Well, obviously, Meri does. Even Kody asked, “when did that ever matter in our family?” Well, has Kody been under a rock? All the Sister Wives fans know how much that divorce hurt Meri. Then, it didn’t help that Robyn came up with her sarcastic comment that she knows her place and it’s fourth, saying, “it’s cool, you won.”

Fans of sister wives think it’s all about Robyn

Robyn might say she knows her “fourth” place, but followers of Sister Wives simply don’t believe it. The new wife gets stuff that Meri never gets these days. Robyn seems to manipulate and steer these family discussions. However, apart from that, one super-sharp follower noticed something. Here’s what they posted on Twitter –  “Am I the only one who sees Kody manipulating #SisterWives to move to Flagstaff to accommodate his favorite #SisterWiveRobyn and her son going to the university in Flagstaff…

What do you think about that little tiff between Robyn and Meri Brown over being the top wife? Do you think Meri’s seriously unhappy about it still? Could Meri think the Flagstaff move is all about Robyn? Sound off your thoughts in the comments below.