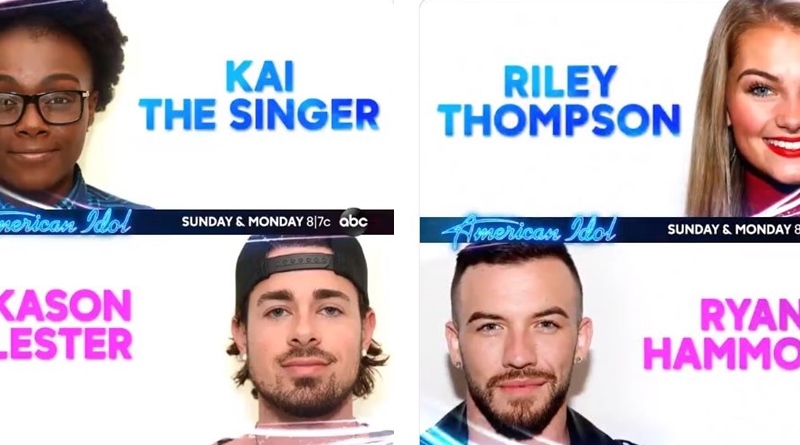 American Idol Season 17 already whittled down the number of contestants and the Showcase Rounds decide the top 20. Held in Hawaii over two days, the fun begins as they all perform in actual concerts. Sounds like a fun time coming up for all concerned. Until now, we saw some accompaniment but it always gets better and better as the talent gets closer to the end of the show. Now, the songs the contestants will play were mostly leaked via Idol Pad, the reliable tip-site for the show.

Past contestants given a second shot at American Idol in season 17, include Laine Hardy and Alyssa Raghu. TV Shows Ace reported back in February that “one of the contestants seen running down to the sea who got through to the Season 17 Top 20, was Laine Hardy. It was a photo taken during the filming at the Disney Aulani Resort and Spa in Honolulu.” It’s likely that he makes his way through the Top 20, and Idol Pad lists him as singing Come Together by The Beatles.

Alyssa Raghu from Orlando made it to the Top 24 on American Idol last year. In her bid to better that in 2019, she will probably sing Dear Future Husband by Meghan Trainor. This is interesting and fans, no doubt, look forward to her performance. She comes with a ready-built fan base and was very popular last year.

Other female contestants and their songs

The Idol Pad list of other female contestants with known songs set to perform in the Showcase round in Hawaii include:

Male contestants and the songs they sing in the Showcase Round

Apart from Laine Hardy, the other male performers with known songs who join him in the Showcase Rounds of American Idol include:

Contestants with songs yet to be determined

Other contestants are in the American Idol running as well. These include both females and males, and at this time, the songs they sing are not yet known. These include:

What do you think of the songs these contestants will sing in the Showcase? Do you think they all suit the style of the singers? Who could imagine a country boy like Laine Hardy trying out with a Beatles song by an old pop band? Sound off your thoughts in the comments below.