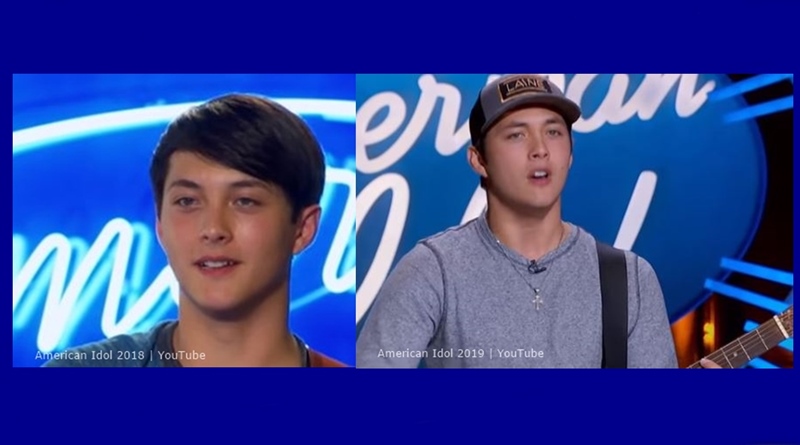 American Idol took a turn this year when last year’s alum Laine Hardy walked into an audition. TV Shows Ace reported on how he went there to support and play the guitar for a friend from his hometown Livingston, Louisana. However, he ended up getting that golden ticket to Hollywood – again. His friend, Ashton Gill, also got her ticket, with the judges deciding she has potential.

American Idol fans loved that Laine Hardy was back

Laine Hardy was popular last year when he wowed the judges with his song “Hurricane” by Band of Heathens. He eventually made it into the Top 50 but his voice started going. Reluctantly, the judges had to let him go, despite their initial prediction that Laine could win the Idol contest. His devastated fans nevertheless clung to his social media pages and traveled the past year with “their” Idol.

Keeping his secret for a whole year obviously can’t have been easy. On his Instagram, Laine noted how “finally” he can tell everyone! For those who don’t know, Laine’s had a busy year. He’s been playing in festivals, recording in studios, and spending time in Nashville. In fact, our cute little teen with a velvet voice grew into a young man with loads of experience behind him. That certainly showed in the American Idol episode this week.

Where to listen to music by Laine Hardy

What American Idol fans love about Laine is if he writes his own stuff, or does covers, he always asks his fans for ideas, suggestions, and feedback. His steadily growing support base knows that he got onto Spotify a while back. In fact, recently he popped up “Blue Christmas.” Plus, there are over thirty songs you can listen to. It’s free to join Spotify and you can use your Facebook to login if you wish.

Over on Facebook at his @lainehardymusic account, Laine often plays numbers, posts up some videos, and interacts with fans. Sometimes he drops clips ahead of their main release. The same goes for his @lainehardyofficial Instagram, where even more of his stuff gets shared, and he takes his fans on little journeys into his daily life. One of his clips he shared that was written by him was called “Burnin’ Gas.” Fans will remember that he said that was his favorite thing to do, at his American Idol audition last year.

This song will be on my ep!!! “Burnin Gas” -Me, Mr. Chris Caminiti, and Mrs. Lisa Chamberlin wrote this! Let me know what you think! 😁 Gonna have to wait for the whole thing 😊 if you’re out burnin’ gas.. tag me or use #burningas

Laine’s not so active on YouTube, but you can still go there and see his videos. It presents quite a nice timeline of his last year’s growth. No doubt, by the end of American Idol 2019, lots more music will come out from Laine Hardy. Last year he was a surprising pleasure, and this year, spoilers suggest he could go much further than the top 50.

What do you think of Laine Hardy getting a golden ticket to Hollywood this year? Sound off in the comments below.

Remember to stay in touch with TV Shows Ace for more news about American Idol 2019.