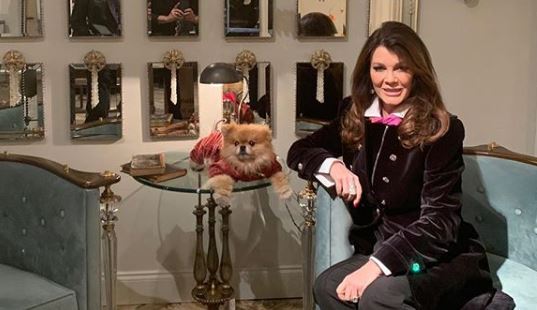 Lisa Vanderpump is still on The Real Housewives of Beverly Hills. There have been a lot of rumors that she was leaving the show. Now, Daily Mail is sharing that something that happened in Lisa’s personal life almost made her leave the show.

Lisa actually spoke with People and opened up about almost not coming back for Season 9. It was time to start filming and this was right after Lisa’s brother had passed away. This was a really rough time on her. Because of it, Lisa Vanderpump almost didn’t return to the show.

Lisa actually talked to Bravo even saying she was going to leave. Here is what she revealed.

“I did talk to Bravo and Evolution and said it would probably be for the best for me if I didn’t come back to Housewives this year. I struggled through Vanderpump Rules, which was maybe easier because it’s a work situation, and it doesn’t delve into your personal life so much.”

She even admits that she wasn’t the same person this season as she was in the past. Lisa doesn’t normally take pills. She ended up using anti-depressants, counseling, her husband Ken and more to help her get over this tough time.

There has been a lot of talk about Lisa possibly getting a Vanderpump Dogs spinoff. Right now, she is doing The Real Housewives of Beverly Hills and Vanderpump Rules. The idea of adding another show to her busy schedule might be a bit too much for Lisa. Because of her shows and restaurants, she already lives a busy life.

The thing is she does think there could be a show there. It seems like she might just not want to be a big part of it. Everyone is going to have to just wait and see what Bravo and Lisa Vanderpump decide to do. Because of Lisa not having the time for it this show idea could never really become a show.

Are you surprised to hear that Lisa Vanderpump almost left RHOBH? Share your thoughts in the comments section below. Don’t miss new episodes of The Real Housewives of Beverly Hills on Bravo on Tuesday nights.