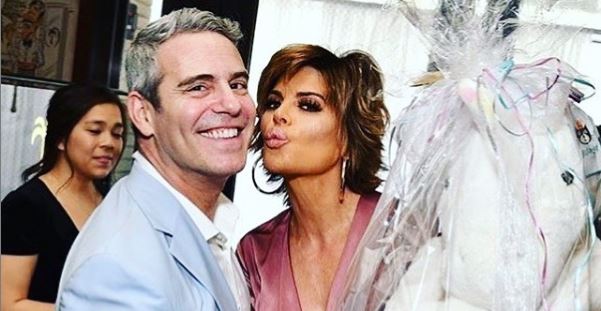 While there is always some kind of drama on Real Housewives of Beverly Hills, it seems like this current season has gone to the dogs! So much so that even Bravo is considering a spinoff for Lisa Vanderpump’s shelter, which has Lisa Rinna threatening a lawsuit!

Drama on Season 9 of RHOBH

The drama stems from Season 9 of RHOBH. A staff member at Lisa Vanderpump’s shelter Vanderpump Dogs made claims about Dorit Kemsley. John Blizzard told Kyle Richards and Teddi Mellencamp that Dorit’s former pup ended up at a kill shelter.

This has caused a major tiff between Vanderpump and the rest of the cast on RHOBH. However, Us Weekly reported that a spinoff for Vanderpump and her animal rescue center was in the works. This news seems to get Rinna riled up. She thinks she deserves some money if this spinoff happens!

Bigger the hair closer to God 🎼 #Grammys I don’t know when.

In a post to her Instagram stories, Rinna said, “I’m a hustler. I make no bones about that. I think you get paid for what you do. So my feeling is if we indeed are servicing a spin-off we should be paid for it.”

Lisa explains why she should get paid

It seems that this story arch, according to other members of the RHOBH cast, was set up for the drama this season and to put this spinoff in place. Now Rinna thinks they should be paid for that spinoff if it happens because they played a part in making it happen.

She added, “I am so happy for all of us to use this platform for makeup lines network tv shows restaurants charitiea [sic] clothing lines fitness empires you name it I support these women 100 percent.” However, she is not supporting this spinoff show for Lisa, as she went on to say, “But if you are gong [sic] to use our services without telling us – that we are playing out a storyline to launch a pilot for a new show and you don’t compensate us extra for that.”

At first, it sounded like Lisa Rinna was kind of crazy for this suing mess, but that statement makes sense. If they helped launch it, they should be paid, right? Rinna ended her rant with this, “Yeah I’m a hustler. I get paid for what I do. So if this indeed becomes another show my lawyer will be calling. $$$$$$$$$$$$.”

So far, it hasn’t been confirmed if the spinoff will happen for sure or not. You know Lisa Vanderpump would be game if she isn’t really planning to return to RHOBH.

Well, it looks like this could get real ugly, especially if the Vanderpump Dogs spinoff actually happens. Are you Team Rinna or Team Vanderpump on this one? Share in the comments below.