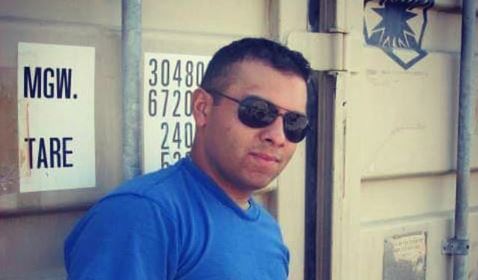 Before the 90 Days star Ricky Reyes has now headed to a mental health facility to seek treatment. Starcasm shared the details about what happened to him. On Wednesday, he let his Instagram followers know that he was having a few issues. Ricky said that he had “officially lost it” and then explained that he “will be gone for [a] couple of days.”

What is going on with Ricky Reyes?

Ricky actually went to a facility with doctors so that he could get help. He shared a post on his Instagram about it all.

“Officially lost it, my will and strength. Will be gone for [a] couple of days…I’m upset at myself for losing composure…Need to make finer adjustments…Bye.”

He shared that he can’t DM anyone right now, but he has still been sharing on his story. Ricky Reyes isn’t really explaining what is going on, though. The fans are worried about him and would really like to get some details.

John Yates is known for giving out great updates on 90 Day Fiance. It turns out that he got an update from Ricky. Here is what he shared with the fans.

“Hey everyone, Ricky is in a facility where he could only check his phone a few times a day, but he’s very appreciative of all the love and support he’s been getting – so please keep it coming he will be released tomorrow night.”

It does sound like Ricky Reyes will be coming home soon. John was concerned about him but also didn’t love sharing the information with everyone. Hopefully, once Ricky gets home he can give updates to everyone on how he is doing himself. Luckily, he did the right thing and went and got help when he needed it.

Are you surprised to hear this news about Ricky Reyes? Share your thoughts in the comments below. Don’t miss new episodes of 90 Day Fiance when it returns to TLC. The next season is coming soon.

Todd Chrisley Talks About People Who Stab Him In The Back
OOPS!!! Savannah Chrisley Makes Several Dumb Decisions
‘LPBW’ Matt Roloff Making The Rounds Like A Rockstar
Jeremy Vuolo’s Recent Posts Get A LOT Of Attention
‘LPBW:’ Wait! Does Jackson Roloff Have A Speech Problem?