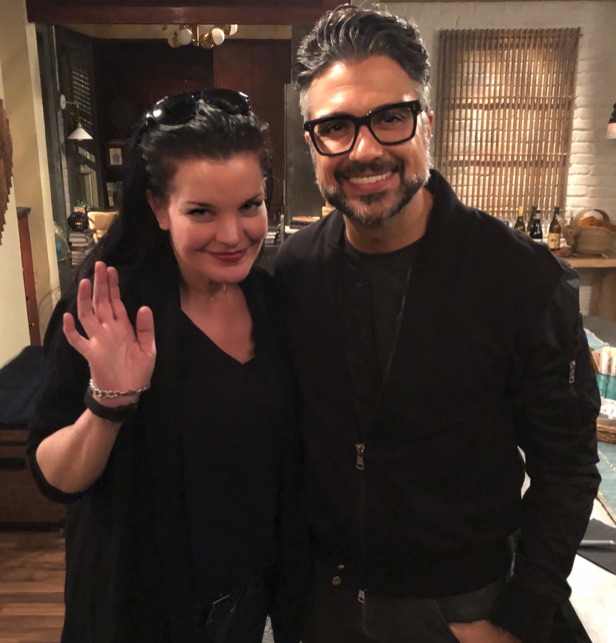 Former NCIS fan favorite, Pauley Perrette, is starring in a new CBS comedy Broke, with Jane the Virgin star Jaime Camil. Perrette is super excited to be playing this new role, that will be quite a departure from her NCIS days. What do we know a about Broke?

Broke Shows A New Side Of Pauley Perrette

Broke is the story of Jackie, a “feisty,” single mother of one child, who manages a bar. Jackie is self sufficient, and able to weld a hammer, and is not about to let anyone else boss her around. According to the Hollywood Reporter, her life is thrown into chaos when her sister and her trust fund husband (Camil) are cut off by his father, and the formerly rich couple are now forced to move into Jackie’s condo. The hot-headed Jackie rekindles the relationship with her sister. The trio moves closer as a family.

There has yet to be an announcement of who will play the sister. Fans of Jane the Virgin will be thrilled to see the return of Jaime Camil to television. He starred as Jane’s self-involved father, Rogelio de la Vega. Pauley went to social media to literally gush at her excitement for this role and the really “nice” people she is working with on Broke. Jaime clearly shares her sentiments, tweeting how thankful he is that she said “yes to this adventure.”

As of now, the multi-camera Broke is in the pilot stage. A lot of things are up in the air. Yet, there are financial repercussions if the show does not go to series. This could be the nudge that gets the show on the CBS comedy lineup.

Brother, @jaimecamil I went with the nicest most decent people in Hollywood. YOU and the team! https://t.co/YynlkCHUMZ

Pauley Perrette Not The Only Former NCIS Star Moving On

Pauley is not the only one who is starring in a new CBS show. Cote de Pablo and Michael Weatherly, best known as Ziva David and Anthony DiNozzo on NCIS, are co-producers of a CBS cop drama in development that is called MIA. No actor’s names attached to this show. Fans may want de Pablo to play the lead character. She is a new homicide detective that doesn’t exactly do things by the book. Cote de Pablo would be perfect for this role. But, NCIS fans may want her back with Gibbs and the team.

Are you looking forward to Pauley Perrette’s new comedy venture? Do you miss her as Abby Sciuto on NCIS? Share your thoughts in the comment field below. There is currently no official word on when Broke will begin airing on CBS.