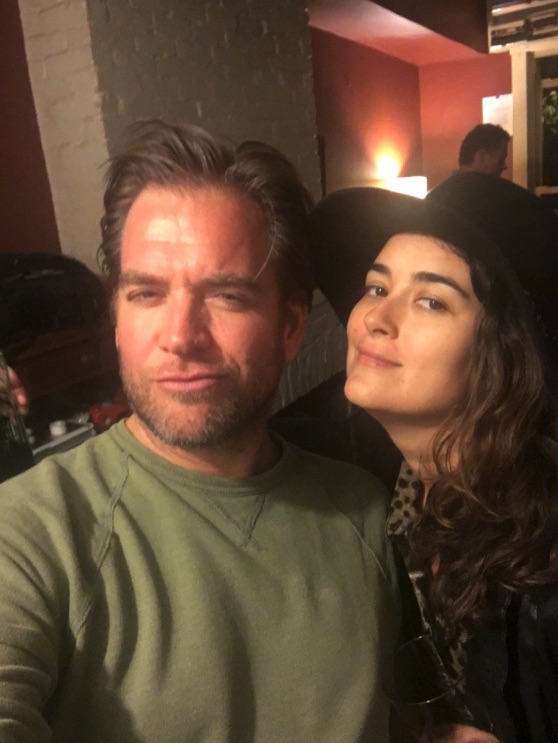 NCIS fans who have long been holding out hope for a Ziva David and Tony DiNozzo reunion are now getting ready for the latest episode of NCIS called “She.” According to the previews. Bishop is investigating a new case that is connected to a case that Ziva worked on nine years ago. Even casual NCIS fans know that Ziva David was killed off six years ago, but her body was not found. Where has actress Cote de Pablo been since she left NCIS in 2013?

What Cote de Pablo Has Done Since NCIS

Cote de Pablo has had a handful of television and movie project since leaving NCIS six years back. After she departed from the show, the Chilean-born actress starred in the television mini-series, The Dovekeepers, in 2015. Based on the historical novel, by the award-winning writer, Alice Hoffman, The Dovekeepers takes place in 70 AD Israel. The CBS religious drama is a story of the events around the Siege of Masada. The Roma Downey/Mark Burnett production stars Cote de Pablo, as well as the Marvelous Mrs. Maisel’s star, Rachel Brosnahan.

Next, Cote starred in the 2015 Chilean mining movie, The 33, alongside award-winning actors, Antonio Banderas, and Juliette Binoche. In 2016, Cote starred in the Science Fiction movie Prototype. Coming up sometime in 2019 is her next movie, Seneca. Not a whole lot has been revealed about this upcoming release except the IMDb listing that states that it is “A little story about making it big, natural disasters, and being a dad.”

Tonight #NCIS will uncover something BIG! Sneak a peek and then catch the full episode at 8/7c! pic.twitter.com/9yAiPPzkxJ

Starring in Seneca is not all that Cote has been working on. She is currently reunited with Michael Weatherly, the actor who charmingly played agent Anthony DiNozzo. According to Variety, the former NCIS co-stars are the executive producers of a new detective drama called MIA. This CBS drama is about a recently graduated female homicide detective, whose new partner is a veteran that does everything by the book, all taking place in Miami. Based on the premise, there appears to be an assumed conflict that she may be a bit of a maverick, but that has not been confirmed by writer and executive producer Shepard Boucher. We do know that the lead has some leftover issues from her final, risky, undercover gig and that may be causing her some issues in her new position.

There is no indication if Cote de Pablo will star in this role, although it does seem tailor-made for the actress who always does her own stunts. There does not seem to be a reunion with Michael Weatherly. Currently, Weatherly is starring on the CBS drama Bull. Although it has been moved to Monday nights for Season 3, there is no indication that CBS will be giving up on the Dr. Phil-inspired show anytime soon.

The title is quite interesting as “MIA” is the airline code for Miami. Yet, “MIA” could also mean “missing in action.” This is an interesting double entendre that may indicate that with the writing of the show, there could be many double meanings in characters and crimes. Right now, there is no information on the cast of MIA or any info on when it will be airing.

Is Ziva David Returning To NCIS?

The extended preview of the February 12 NCIS episode called “She” hints that Code de Pablo could possibly return as Ziva David. Bishop uncovers a photo of a reflection of Ziva taking a photo, during a murder investigation. Is it possible that she is alive? Absolutely. Ziva’s body was never found in the explosion. Just like Adam Newman on the CBS soap, Young and the Restless, who coincidentally also died in a cabin explosion, the “Ziva is alive” rumors will not stop. Fans want to see Ziva and Tony reunited. But what if it doesn’t happen?

Fans will certainly be thrilled, even if Cote de Pablo is seen on the show, perhaps even featured in some new footage, but in scenes from the past, working on that old case. The NCIS writing team has tried their best, but nothing has ever matched the star power of Ziva David. But if the unlikely scenario occurs, and producers use an old soap opera trick and bring Ziva back from the dead, then a Pandora’s box of new scenarios and questions will explode on social media. This would mean that NCIS is totally reborn.

Do you think Ziva David is back on NCIS? Do you want her to return to the CBS show? Have you been keeping up with Cote de Pablo since her 2013 departure from NCIS? Please share your comments and predictions below. NCIS is on Tuesday nights on CBS.