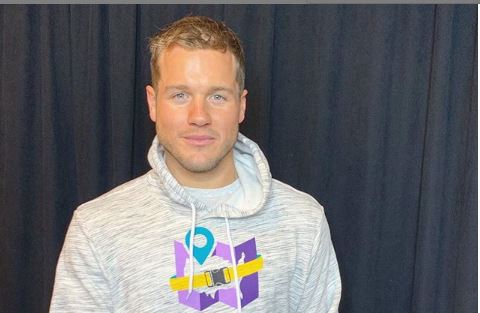 Warning: This post may contain possible spoilers so don’t read if you don’t want to know anything regarding The Bachelor’s finalists

It appears as if once again Reality Steve is correct with who Colton’s final choice is because of new pics that are going around. Steve seems to know exactly what happened once again. He does a great job of spoiling this show.

What photo was leaked?

Media quickly picked up on a paparazzi photo of Colton Underwood leaving a gym in Altadena, CA. He was with Runway’s actor Gregg Sulkin, who happens to be non-other than Cassie Randolph’s sister Michelle’s boyfriend, along with singer Jake Miller. (Are you following this less than 6 degrees of separation?) After all, the couples who work out together should practically throw a joint wedding or at least an engagement party.

British actor Sulkin, who has also been on Wizards of Waverly Place and Faking It, made it official that he’s in a relationship with Michelle back in October 2018. Michelle appeared in Cassie’s hometown date on February 25th. They are obviously very close. This is a pretty good clue.

This is also further proof that The Randolph’s seem to be seeking fame and limelight. After all, Cassie is no stranger to reality TV having appeared on Young Once which followed Cassie. Cassie’s then on and off boyfriend of five years Caelan Tiongson was on the show as well. Plus several other students while attending the private evangelical Christian Biola University were on the show.  In fact, Cassie filmed Season 2 of the Young Once series only weeks before filming The Bachelor Season 23 in September. Colton has commented that he hasn’t watched Cassie’s other reality show nor is he concerned she appeared on it.

I’ll always stand up for what I believe in. Everyone is entitled to their opinions, in fact I encourage everyone to have their own opinions and beliefs. Stop trying to fit into a mold and making statements because they are socially “convenient” to make.

How does Steve say it ends?

According to Reality Steve, Cassie gets anxious or cold-feet. She then leaves Colton during the fantasy suite date. This devastates him because she is telling him that she doesn’t want to get engaged to him. It’s hard not to wonder if Colton did finally lose his virginity to her before she broke his heart? Or had he been intimate with Tayisha Adams the night before? Cassie leaving him during the fantasy suite date. This is supposedly why he jumps over the fence, a scene the show has been teasing almost all season. Colton ends things with the other two finalists (before he even goes on the fantasy suite date with Hannah G). It appears that Colton returns to the U.S., finds Cassie and get her to continue dating him instead of formally getting engaged.

If Cassie isn’t still in Colton’s life, then what are the odds that he would be working out with her sister’s boyfriend? It really does look like they are still together. They will share on After the Final Rose.

Does this solidify Reality Steve’s comments about Cassie being Colton’s finalist? Do you think Colton will eventually get engaged and marry his chosen finalist or did she appear on the show for the wrong reasons? Don’t miss the finale of The Bachelor on ABC on Monday nights. There are just a few weeks left until the finale.