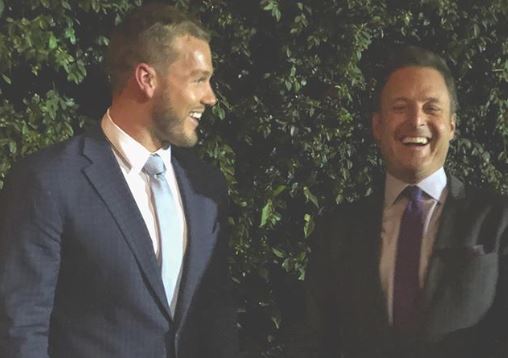 Colton Underwood’s season of The Bachelor is going to wrap up in just a couple of weeks. The reality show star could be hoping to add another reality show to his busy schedule. The former football player appeared on Ellen DeGeneres’ The Masked Singer spinoff The Masked Dancer. The 26-year old found himself showing off his dance moves with a fox mask on. He showed off why he should be on DWTS.

What did Colton Underwood do on the show?

Colton performed to Jason Derulo’s song “Talk Dirty”. Underwood has appeared on Ellen’s show before and she still couldn’t figure out who was behind the mask. They even asked Colton the big question “Are you married?” Colton answered by saying that would be a spoiler. Can that get any more obvious? Colton later posted on Instagram a picture of him in his awesome costume where he compared himself to Magic Mike with the caption “Stiff, tall and foxy.” Fans do think Colton is very attractive so there is a comparison there.

Even though he couldn’t answer Ellen’s questions about the ending of The Bachelor, he did reveal that he was “happy”. Colton has made it clear that he could be open for another reality show if the time came for him. Several other Bachelor contestants have been on the show. It does make it hard on your relationship, though. The couple has to go into hiding while The Bachelor airs. One thing is that they aren’t doing DWTS in the spring so if Colton does the show it could be clear in the fall. His relationship would have a bit of time to blossom in between. Then they would have to be in LA while he films or be apart again. So far, nobody knows for sure if he will join the show or even be asked.

In the comments of his Instagram post, fans are asking about The Bachelor. A few are mentioning that they had no idea it was him dancing. Others are impressed with his skills, so you never know.

Colton’s season has been drama-filled, eventful, and very romantic. This week was hometown’s where he sent Caelynn home, fans were sad to see her go but are looking forward to the Fantasy Suites. The big talk has been Colton’s virginity, will he lose it this next week in the suites? If so who do you think he loses it to? Stay tuned for more romance on ABC on Monday nights!