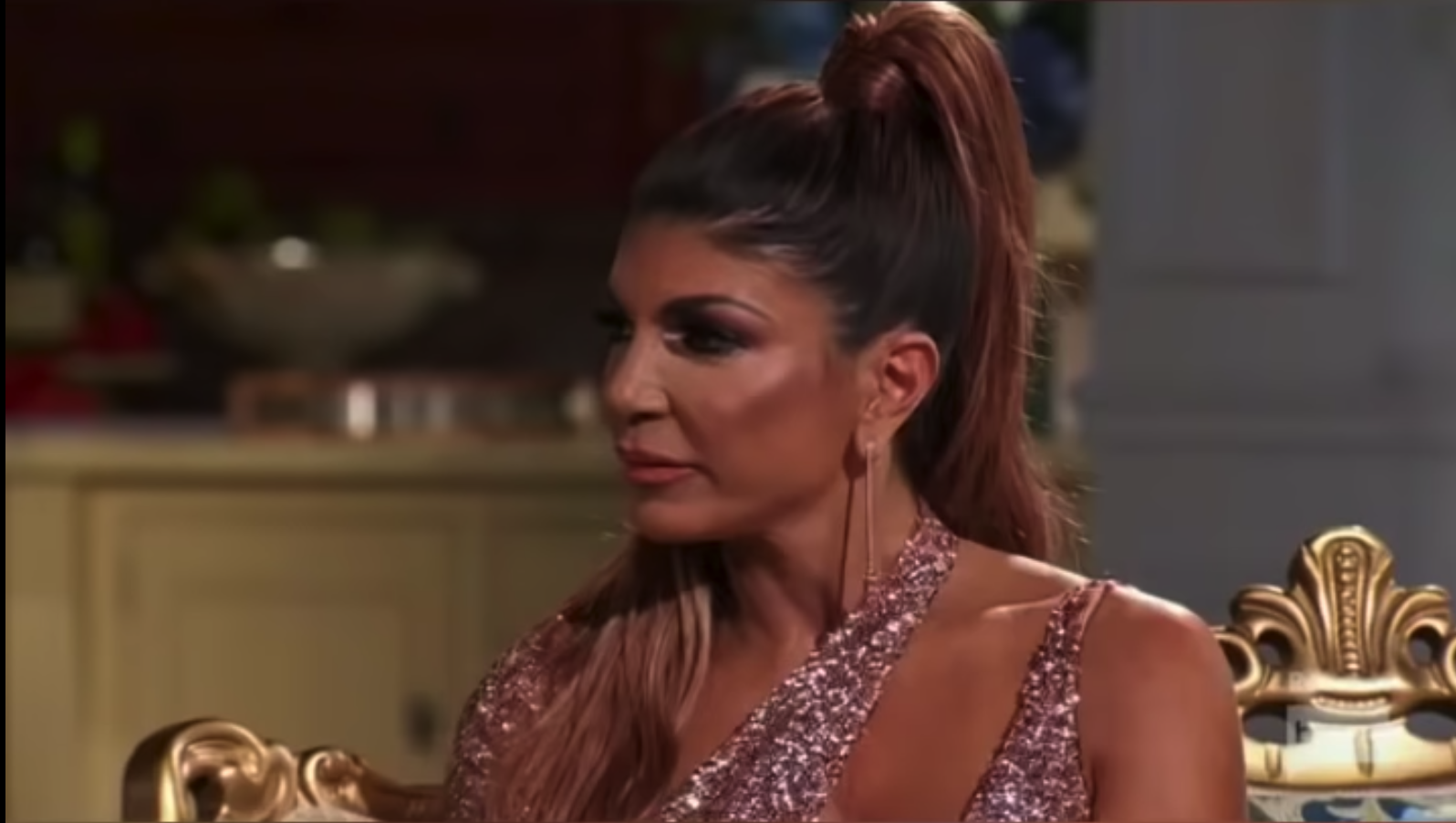 Uh oh, Teresa Giudice. You’ve got some explaining to do. During the Real Housewives of New Jersey reunion show, host Andy Cohen took a trip down memory lane tackling headlines about Teresa’s husband’s deportation. Followed by her canoodling with a mystery man.

“What else is new? I took tons of pictures with tons of fans. I was hugging a lot of people…a lot of people were touching me. It was New Year’s Eve, hello?! One girl wanted to make out with me. I just said, ‘Not right now, later,'” she said.

With This Ring, I The Wed

Well, how were prospective men to know she was married? The ones who don’t watch the show, of course. Because was she or wasn’t she wearing her ring over New Year’s Eve? To which Teresa replied, “Who cares? Who cares if I wore my rings and don’t? Joe never wore rings.” 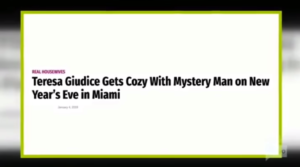 For those of you who missed it, Teresa’s husband, Joe Giudice, is currently serving time at Federal Correctional Institution Allenwood in Pensylvania for mail, wire, and bankruptcy fraud. After his 41 month sentence, Joe will be deported back to Italy.

Teresa shocked the world at the reunion when she shared with the audience that she probably won’t be following him to Italy. “I hope that’s not a decision I have to make, but to pick up my children and just move to another country, I don’t think that would be good for my children,” she said. “So, I mean, so, no, I probably wouldn’t.”

“Wow. This man is the one and only love of your life, but what you’re saying is that you will go your separate ways if this ruling doesn’t go your way?” Andy asked. To be continued…

Teresa said that the past several years have been “rough” for her and her family during Part 1 of the RHONJ Season 9 reunion. “I mean, I’ve been on this roller coaster for the past five years, and it’s hard,” she said. “It’s like, I don’t know how much a person can take.”

What do you think? Would you follow your spouse if they were deported? Would you be supportive? Sound off in the comments below! We’re interested to see how many agree with Teresa’s decision to stand back. Check out the video below to see Teresa’s interview with Good Morning America discussing Joe’s upcoming deportation.

What does this mean now for Joe and Teresa Giudice’s marriage? All of this will be addressed in Part 3 of the RHONJ Season 9 reunion next Wednesday at 9/8c on Bravo. Check back here on TV Shows Ace for all of the dish on Real Housewives of New Jersey.

‘Return To Amish’: Does Rosanna’s First Date Turn From Hot To Cold?
Lori Loughlin Got Her Passport Back, Can She Film ‘WCTH’ In Canada?
Josh Duggar Allegations: 200 Sexually Abused & Naked Photos Of Minors
Jim Bob Duggar’s Quotes On Rape Resurface After Josh’s Arrest
Derick Dillard: Duggar Family Fame Should Have Died With ‘19K&C’