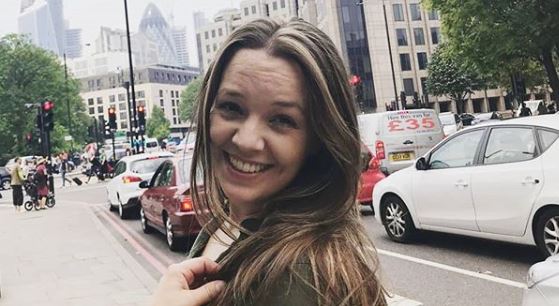 90 Day Fiance star Rachel Walters revealed a while ago that she lost her wedding ring down the garbage disposal. Her husband Jon tried everything he could to replace it, but nothing felt right. Jon actually got her a replacement ring. The thing is neither one of them felt an emotional attachment to it. Jon admitted it first and then Rachel agreed with him.

It turns out that Rachel would even forget her ring at home. Jon and Rachel realized this ring wasn’t the perfect one for her. Rachel Walters ended up finding a new ring on her own. She was still wearing the wedding band, but not the other part of the ring.

As most of you know, the ring Jon proposed with, went down a running garbage disposal and it did not survive. He sent a replacement ring shortly after. Not too long after that, Jon said how he felt like he had nothing to do with my replacement ring and how he had no emotion towards it. I soon started feeling the same way, because, quite frankly, he was right. I found myself leaving the house without the replacement ring and only wearing my wedding ring, which he made (and I made his).. Which meant a lot to me. Then I remembered I had my great-grandmother's ring and knew it would be the sentimental value that my finger needed. So this is my new pair of jewelry. A diamond ring that once belonged to my sweet great-grandmother, who died at the age of 98, and the one-of-a-kind wedding band, that my husband made me. It's a perfect combination ❤️ #90dayfiance #beforethe90days #rachelandjon #tlc #ldrsucks #wedding #rings #sentimental #perfect #iloveyou

She is now wearing her great-grandmother’s ring instead. The band that Rachel has on now is one that was designed by her husband Jon. This is a really sweet gesture and so she is still wearing it. Along with it, she now has on the diamond ring worn by her great-grandmother.

How are Rachel and Jon now?