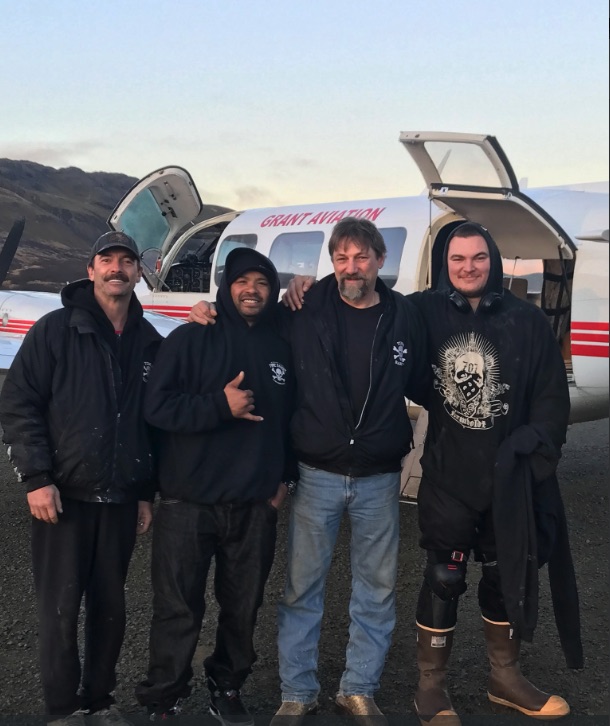 Divorce can be costly to anyone, but for Neal Hillstrand, one of the co-owner brothers of the Time Bandit, the family boat is currently part of the divorce proceedings. Why is the boat of the former Deadliest Catch star part of this divorce?

The Fate Of The Time Bandit

Neal Hillstrand is currently getting divorced from his wife Sugayle Marie Hillstrand. Neal filed for divorce in October, and the couple are now dividing their assets. According to TMZ, he gets their $340,000 house, and their 1969 Chevy Malibu, while she gets their 2012 Sierra SUV, and the 2006 Envoy SUV. Sugayle received $15 grand, and will continue to receive an addition $1,500 a month, for the next six months. But the settlement does not end there. Should Johnathan, Andy and Neal, the three co-owners of the Time Bandit, ever sell the family fishing boat, she will get $10,000 from that sale.

The Time Bandit is their 113-foot fishing boat that was featured in the Deadliest Catch. The Hillstrand son’s father, John, named it the Time Bandit because it steals your time. Although fans had seen the boat on the reality series, when it went out to the Bering Sea during crab season, the boat does run year round for fishing season. Right now, the boat is busy year round. There is no information on how much the boat is actually worth, but it could safely be assumed it is over a million dollars. The Hillstrand brothers don’t appear to be interested in selling the boat anytime soon.

(Sheryl here) Welcome to another Question and Answer Friday! I hope everyone has a wonderful weekend! (1) Isn't…

According to Johnathan Hillstrand’s Facebook page, Neal Hillstrand is the youngest son of the five Hillstrand brothers. The third generation fisherman was born on September 9, 1966. He has three children, Axl and Phillip, who both work on the Time Bandit, and have been on the Deadliest Catch. Neal also has a daughter, Marissa Geissler. The 52-year-old fisherman-owner is not only the chief engineer, but will work on deck, or even take the captain’s wheel.

Neal is also the boat’s primary cook. The crew on the boat love it when he makes the full Thanksgiving meal. But, they will admit that afterwards, they do feel pretty stuffed and not so ready to work on the brutal Bering Sea. When Neal is not fishing, he has a hydro-seed and landscaping business. He is a hunter and sports fisherman. He enjoys going to Hawaii to chill and relax.

The Time Bandit Not Returning To The Deadliest Catch

The Hillstrand family fishing boat has recently been in the news quite a bit. As TV Shows Ace had previously reported, the Time Bandit was not returning back to the Deadliest Catch, although Captain Johnathan Hillstrand un-retired. It was not that he didn’t want to return to the show for Season 15, he just couldn’t return to the show. So instead of a comeback to Discovery, the Hillstrand’s could not fish King Crab because the main engine blew up in October.

When Season 14 of the Deadliest Catch was being filmed, Captain Johnathan did his own videos that he shared on social media. He shared that he would like to come back and urged fans to ask Discovery to return the Time Bandit to the Deadliest Catch.

What do you think of the Time Bandit in Neal Hillstrand’s divorce proceedings? Do you miss the Hillstrand brothers? Please share your thoughts in the comments. The new season of the Deadliest Catch Season 15 will return to Discovery in the Spring of 2019.