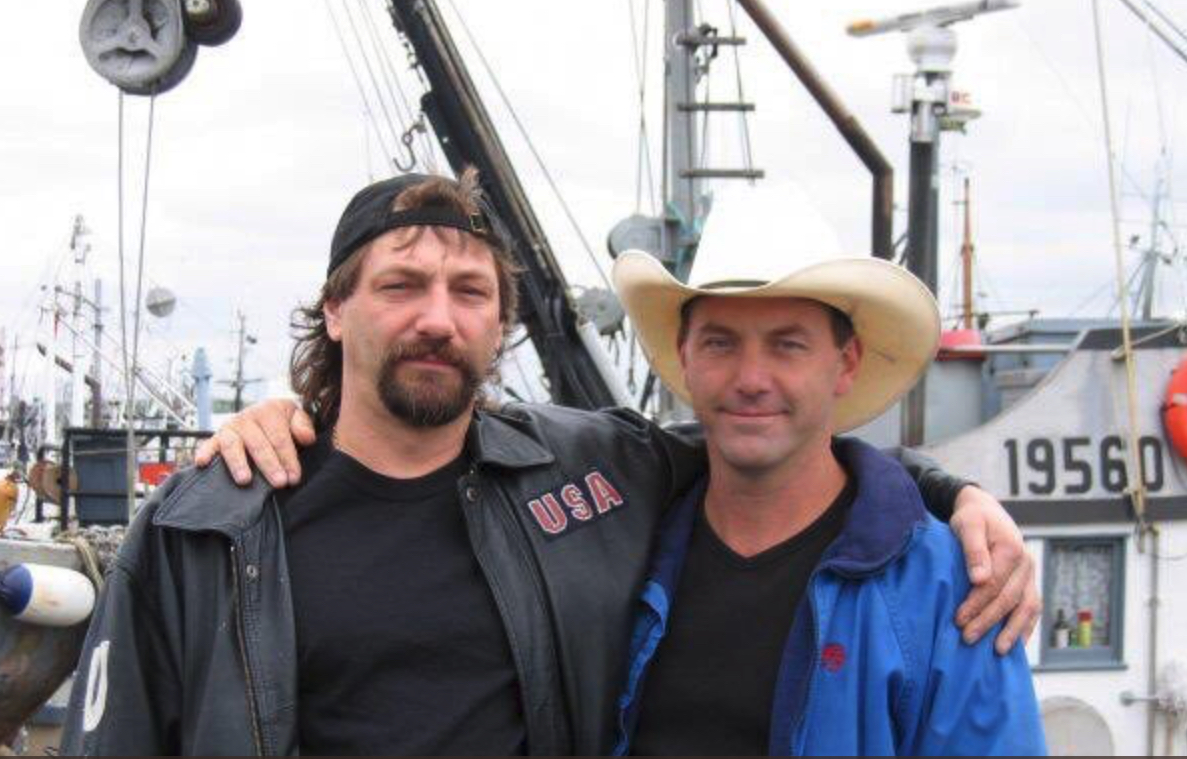 The Deadliest Catch Season 15 will most likely start sometime in April on Discovery, although the crab fishing season has already begun. After fifteen seasons, the crab fishing reality show about the deadliest job in the world has seen a lot of captains and crew members coming in and out. Over the years, there have been some favorites that are not currently on the show. Where are the former Deadliest Catch stars now?

TV Shows Ace has already reported that former Deadliest Catch Captain Johnathan Hillstrand, who announced his retirement two seasons ago, was planning to return for 2019. Sadly, the Time Bandit had a devastating repair that meant it could not go out for King Crab this season.

What about Andy Hillstrand? Johnathan has stated many times that Captain Andy is on land dealing with operations, although he will take out the Time Bandit for a few runs. The Hillstrands own the many businesses including Time Bandit Fireworks. But it appears Captain Andy’s biggest passion is Hobby Horse Acres, where he has his 17-acre Indiana ranch business along with this wife.

Scott Hllstrand, son of Captain Johnathan, worked on the Time Bandit before his Uncle Andy ceremoniously fired him. Although this clearly upset John, it appears that Scott is happy now. He lives in the Seattle-Tacoma area and owns Hillstrand Construction. But, in the summer of 2017, he had to stop work for back surgery. Will he return to the Bering Sea? Doesn’t sound like it. He had stated on his social media that he has his credentials for being captain on a ship. His goal is to eventually own a yacht and take that luxury boat out in a warmer climate. Doesn’t sound like he plans on chipping ice off the rails of the Time Bandit anytime soon.

As for Mike Fourtner, the hard-working, non-Hillstrand member of the Time Bandit, he quit crab fishing for his family. The father of twin girls Emma and Ella, Mike has a lot going on on dry land. He works for Cummins engines, a marine engine company. A frequent business traveler, he often posts on social media photos of his destinations. He is also a volunteer Firefighter EMT. For a while, he was filming The Fourtner Report for the Discovery Channel. Although this show has ended, many early episodes remain on the Discovery website, as well as YouTube.

Everyone wants to know where Jake Harris is. There have been many social media hints that Jake Harris could return to the Cornelia Marie. Captain Josh Harris appears determined to have his little brother return to the boat that holds so many memories attached to their father, Captain Phil. Since his absence from the show, Jake has had a few run-ins with the law. He also met some scam artists and wound up thrown out of a car and left for dead. Although crab fishing is considered the most dangerous job in the world, it sounds like Jake’s land experience has been pretty risky. Will he return to the Deadliest Catch?  TV Shows Ace has already reported that the decision to return is up to Jake Harris.

There is certainly one guy that would not like to see Jake Harris back on a boat and the is former Cornelia Marie captain, Derrick Ray. Brought on to run the boat right after Phil Harris died, Captain Derrick was clearly not a fan of the Discovery cameras, nor the Harris boys, especially Jake. He spoke to Oregon Live that it was “not worth it” to be on the Deadliest Catch. He left crab fishing not long after this televised temporary job, For a while, he worked on the Aleutian Ballad in Ketchikan, Alaska, hosting The Bering Sea Experience. Now he is far from the chills of the Arctic, living in Kona, Hawaii, on a coffee farm he owns with his wife called Kona Tropical Farms.

The other post-Captain Phil Harris-Cornelia Marie captain was Tony Lara. A Harris family friend, Captain Tony was brought on to the Cornelia Marie to teach Captain Josh how to be a captain. The affable captain was there to honor his friend Captain Phil Harris and help out a family during the darkest of times. Sadly, he passed away in Sturgis, South Dakota in 2015. He died in his sleep at a friend’s house. Apparently, he had a heart attack during the famed bike week.

Never thought I would be sitting in this office chair again. But here we go for a test run! pic.twitter.com/jAY8wOG0FO

Earlier in 2018, Deadliest Catch fans were shocked with they heard that former Maverick captain, Blake Painter, passed away. Although there was nothing official announced about the cause of death, it is assumed that drugs are what killed the 38-year-old. Earlier in the year, Painter had been charged with possession of heroin during a traffic stop. At the time of death, heroin and meth were found by his body. Towards the end of his life, the former crab fisherman suffered from chronic pain, which is not uncommon with other crab fishermen.

A good example of a captain suffering from debilitating pain is the former Seabrooke captain, Scott Campbell Junior. He had to retire at an early age due to back problems. Junior had several surgeries that eventually ended one of the most promising careers of the Bering Sea fleet. He is currently a co-owner of Cordova’s Coolers, as well as the Seabrooke, along with his dad, Senior. He even wrote a book, Giving The Finger: Risking It All To Fish The World’s Deadliest Sea, about fishing on the Bering Sea with his dad. Right now, it sounds like he is trying to get out fishing again. According to his social media, he appears to have gone out on a “test run” on presumably the Seabrooke. Does this mean that Captain Scott will be returning to crab fishing or even the Deadliest Catch?

One captain that once vowed to return to crab fishing and the Discovery show is Elliot Neese. Originally the captain of the Ramblin’ Rose before he was the captain of the Saga, he was the young gun, proving to everyone that he was as good as the veteran captains. His personal problems and crew issues caused him a lot of chaos. By the end of season 11, he completed a 60-day stint in rehab at Passages in Malibu. Then in 2016, he went through Ibogaine detox and now he is now clean. Besides promoting this as a way to get clean, Captain Elliott has been busy spearfishing! He has also spent some time in Alaska, but there is no word on whether he will be returning to the Deadliest Catch.

Do you have a favorite Deadliest Catch captain or crew member that you want to return for season 15? Have you been keeping up with former Deadliest Catch stars? Please share your thoughts in the comments, and the new season of the Deadliest Catch Season 15 will return to Discovery in the Spring of 2019.