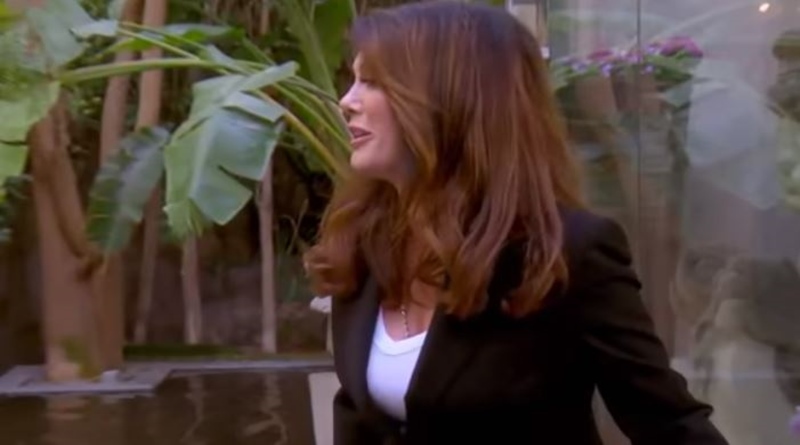 RHOBH Season 9 promises a rollicking show from Bravo. The premiere on February 12 saw hyped-up fans roaring to go, especially Team Lisa. Lisa Vanderpump, as you may recall from last year, featured in a story by Radar Online. It was about the alleged leaks after Dorit Kemsley’s adopted dog fiasco. Now, following a few more articles about her being vindicated over them, Lisa took to Twitter to post a new tweet. Team LVP stepped up and offered loyal love and support.

Real Housewives of Beverly Hills followers heard about the allegations that Lisa leaks stories to the media via Radar Online. Back in October last year, Radar wrote, Lisa’s “co-stars are refusing to film with her after bitter accusations she’s ‘leaking'” to the media. Radar denied the allegation that Lisa leaked anything to them, despite one anonymous source telling Radar that “Lisa leaks like a sieve!”

More recently, the story about the leaks seems to indicate that Lisa certainly didn’t leak to at least one reporter back in Season 2. Cast member Adrienne Maloof alleged that Lisa leaked a story to Melanie Bromley who worked for US Weekly at the time. In an E! News interview this week, Lisa and Melanie talked about the old allegations. Melanie agreed she never got a story leaked to her by LVP, but did acknowledge another cast member did leak to her.

Obviously, much of the animosity and drama between LVP and her RHOBH castmates could stem from the leak allegations. Usually, Lisa breezes through these types of situations, but as she said in the interview, it’s been a hard time. “Obviously I wasn’t as strong as I am normally. I mean I’ve sat at reunions and finale parties and been ganged up on before but I wasn’t strong personally this year,” she said. Recall Lisa dealt with the death of her brother and that took a toll on her.

After the news that at least two of the alleged leaks were put to rest, Lisa went back to Twitter. On February 15, she posted up about how her restaurants and bars are great material for press-leaking. Celebrities often go there but they “never” end up in the press. She then implied that she has lots of stories she could tell.

My restaurants,even tho we entertain many um real celebrities lol,are NEVER in the press.
Ooh I have a plethora pic.twitter.com/BqDcmNe70d

Team Lisa are those RHOBH fans who support their favorite person in the Bravo show. After they saw Lisa’s latest tweet about leaks, they had a lot to say about the whole affair:

What do you think about all these Real Housewives of Beverly Hills leaking rumors? Do you back Lisa Vanderpump like Team Lisa? After all, she could very well get loads of juicy goss from her restaurants. Do you think you know who did leak to Melanie Bromley?

Remember to check in with TV Shows Ace often for all the news about RHOBH.