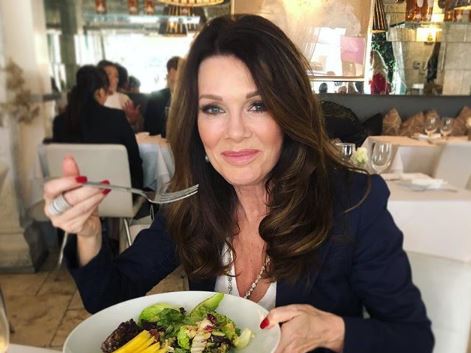 The 9th Season of Bravo’s hit show Real Housewives of Beverly Hills premiered this week and it was an emotional rollercoaster! These shows usually ease into the drama. Kyle Richards warned us last week on Watch What Happens Live, RHOBH was going all in from the start.

The show kicked off with Lisa Vanderpump discussing her brother’s recent suicide. She did something we’ve hardly ever seen her do — cry on camera. This is important to note because she has the typical British stiff upper lip. As the episode goes on, it’s clear this family trauma is the reason for her very un-Lisa-like behavior.

The drama all started when Teddi Mellencamp Arroyave takes her daughter to Lisa’s Vanderpump Dogs’ rescue center so her child can pet the dogs. As Teddi says, it makes her daughter happy without the family having to commit to a dog. Dorit Kemsley should take note of that idea.

For some reason, Kyle shows up at the dog rescue center and then Lisa arrives. As soon as Lisa arrives, she DEMANDS to know who copied her by getting a Porsche. It was Kyle, who snarkily tells the camera that Lisa can’t copyright cars.

One of the rescue center’s staff brought a dog over for everyone to pet. Kyle noted that everyone was acting very strange about the dog and she didn’t know why. Teddi explained that this was the dog Dorit had adopted that somehow then ended up in a shelter. According to Teddi, it was because the dog bit her husband on the face. She even showed a pic of it.

So happy to be one of the judges of Facebook Watch’s World’s Most Amazing Dog! It’s a new international competition show with wonderful doggies doing fabulous things! And, if you think your own dog has what it takes to win, you can audition them too! Tune-in on February 7 on Facebook Watch and follow @themostamazingdog for updates!

When Lisa Vanderpump joined the conversation, all she would say was that she didn’t think Dorit intended for the dog to end up in a shelter. She didn’t blame Dorit for the situation, which Kyle thought was unfair. Kyle wondered why Lisa gave her such a hard time about missing the TomTom party but gave Dorit a free pass on the dog situation.

(Dorit said she rehomed the dog after it bit her kids and husband. The woman she gave the dog to was the one who took it to a shelter. The shelter called Vanderpump Dogs, as the dog was microchipped.) Who knows if this is the whole story or not. It looks like this could be part of the drama between Kyle and Lisa this season. Because of whatever happens they aren’t speaking now.

So, things did not get off on the right foot for Kyle Richards and Lisa Vanderpump. It got even worse when Lisa started to give Kyle a hard time about not showing up to the party at her new restaurant, TomTom. Kyle testily responded that she wasn’t invited and she’d just gotten back from a long trip. She went on to say that Lisa had just gotten back herself, implying that Lisa had been on vacation. Lisa had been in London for her brother’s funeral, hardly a vacation, Kyle.

The premiere episode ended with a new teaser for the rest of Season 9. Some of it had already been aired in the promo that had been airing on Bravo since December. The expanded trailer shows that the dog situation will dominate the season. The teaser alludes to someone leaking news to the tabloids about the dog scandal.

Tune into Real Housewives of Beverly Hills on Bravo to find out how it all goes down. New episodes are Monday nights.