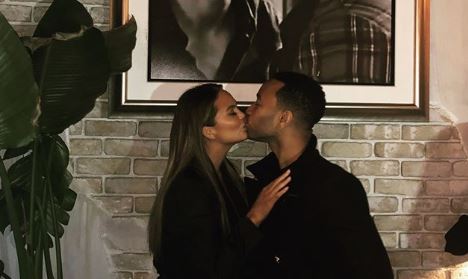 In early 2018, it was announced that Lisa Vanderpump would be opening a new restaurant with two stars of her Bravo show Vanderpump Rules – Tom Sandoval and Tom Schwartz.  It’s been a running joke on the show ever since about the two Toms owning 5% of the restaurant, with footage airing of them each giving Lisa a check for $50,000 each.

The tumultuous task of building the restaurant dominated much of Season 6 and the currently airing Season 7. Lisa has had setbacks getting the proper permits for the space and getting the electricity turned on.  The two Toms and Lisa signed a contract to host a party for the DailyMailTV before the restaurant was officially opened and it came down to the wire with having the power turned on.

On last week’s episode of Vanderpump Rules, viewers got their first glimpse of the new TomTom restaurant during the aforementioned party. Restaurant mogul and Bravo star Lisa Vanderpump co-owns the bar with Tom Sandoval and Tom Schwartz. Tom Sandoval is a long-time bartender at Lisa’s restaurant Sur. The other Tom does part-time modeling.

TomTom officially opened its doors in August of 2018. The show films quite a bit in advance, as the DailyMailTV party was actually in late July. So, the restaurant has been open for 4 months and Bravo Superfan Chrissy Teigen finally visited the restaurant last week. Chrissy documented her visit on her Instagram.

In the episode airing January 28th, Tom and Tom were finally allowed their first look inside the restaurant. Lisa had previously banned them from peeking at the property until the designer was ready. (He thought they were distracting.)

As soon as the two Toms walked into the restaurant, they were faced with a giant photo on the wall of the two of them kissing. What’s a peck on the lips between best friends, right?

Of course, Chrissy couldn’t wait to recreate the kiss with her husband John Legend. She posted a photo to her Instagram of the couple kissing in front of the blown-up picture of this iconic piece of art.

Chrissy isn’t the only fangirl of the Bravo show. Khloe Kardashian recently made headlines when she posted photos and videos of meeting two Vanderpump Rules stars — Stassi Schroeder and Kristen Doute.

Jennifer Lawrence and Lady Gaga are two other celebrities who love to watch the drama at Sur. Vanderpump Rules airs Mondays on Bravo.