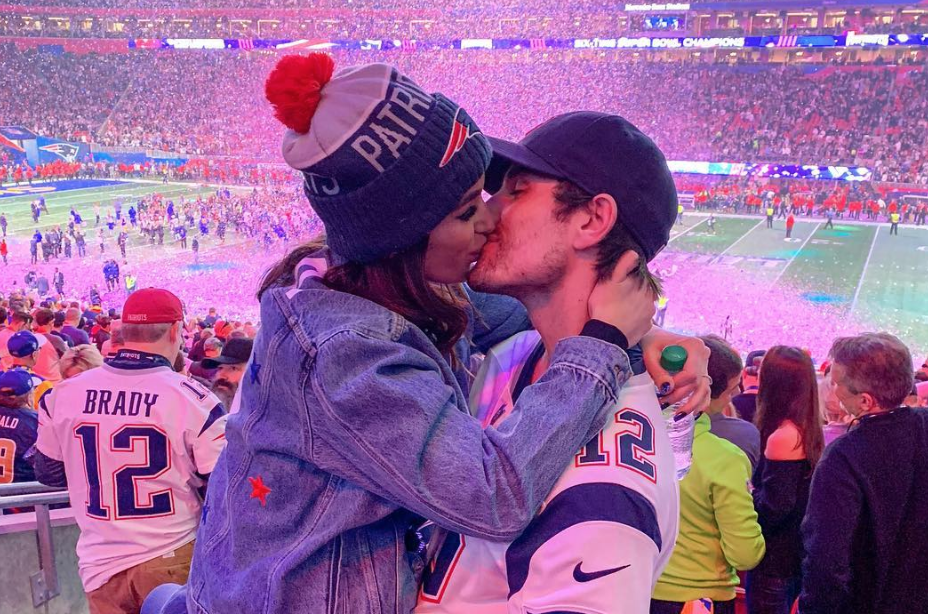 Ashley Iaconetti and Jared Haibon became famous after their time as part of Bachelor in Paradise and their involvement in The Bachelor franchise. Now, they are showing up in a new form of media according to Page Six. The pair have written a children’s book.

Ashley and Jared wrote a children’s book called “Lucy and Clark, a Story of Puppy Love.” The book has an adorable illustration of two puppies running on the front of it.

It’s safe to assume that Lucy and Clark are representations of Ashley and Jared. According to Jared, that’s exactly true. Children can learn what the stars had to go through by following along with the two puppies.

‘Lucy and Clark’ was inspired by real life experiences both Ashley and I went through,” Jared told Page Six. “From overcoming our fears as children, to us forming our friendship and relationship together on and off TV. We hope that kids can take a lesson from ‘Lucy and Clark’ and be a little more courageous in their everyday lives.”

Jared and I wrote a children’s book! 🐶📚 Lucy and Clark: A Story of Puppy Love is loosely based on our love story. It’s a tale of overcoming your fears and discovering the magic that happens when you force yourself out of your comfort zone. Both are lessons Jared and I learned through our love and friendship. There are appearances from some of our closest Bachelor friends in the book. This project is very near our hearts. The story is told through our beloved pets Lucy & Clark. 10% of the net proceeds will go to Sidewalk Angels, a charity that supports no kill animal shelters and helps find homeless animals families. The first 1500 copies sold are signed by us. *Link to buy in bio*

This is certainly a unique way for the couple to share their story. They are used to being on TV with an older audience. Now they are catering to a much younger audience and with a book instead of a show.

Ashley was a contestant on season 19 of The Bachelor. She also appeared on Bachelor in Paradise and Bachelor Winter Games. At the end of Bachelor Winter Games, the star ended the show dating Kevin. However, they didn’t work out and eventually, Kevin and Astrid got together on BIP.

Jared was on season 11 of The Bachelorette. Since the two met on BIP Season 2. The couple was off and on again and overall just seemed pretty confused about their feelings. From friends to dating and back again, the couple finally decided to tie the knot.

Of course, they got engaged on an episode of BIP during Season 5. The pair plan to get married in August. BIP did get renewed for Season 6. So hopefully, there will be more drama and more love.

Will you be buying Ashley and Jared’s children’s book? Let us know if you’ll be reading in the comments. Be sure to watch new episodes of The Bachelor Monday nights. Every week more and more girls lose their chance at finding love with Colton. You don’t want to miss it.