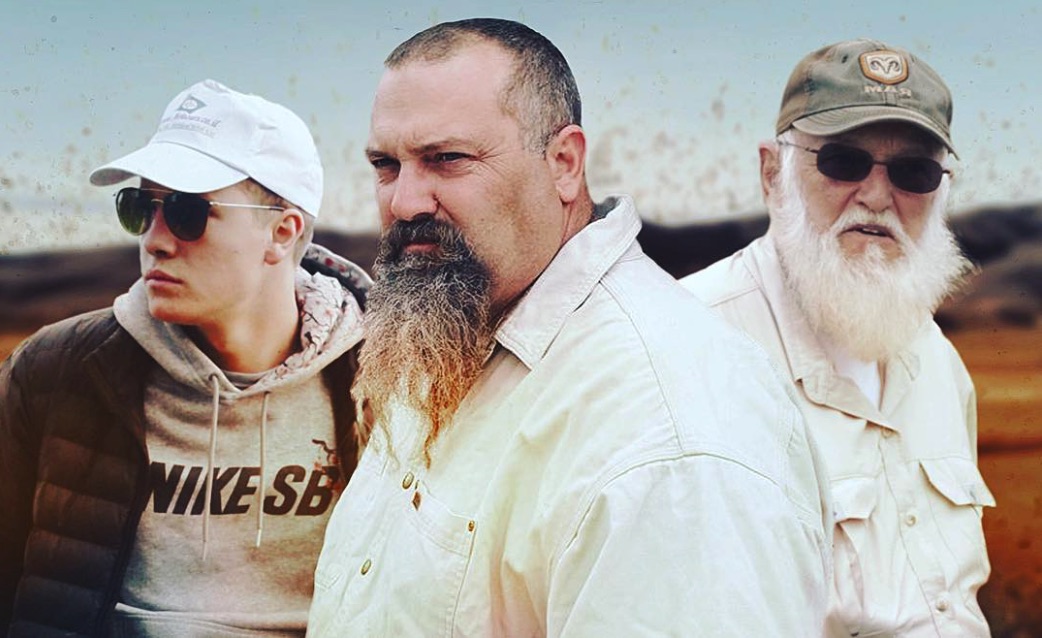 Fans who have wondered what former Gold Rush star Todd Hoffman has been in up to don’t have to wonder anymore. It appears that the first Züm Media production, Greenhorn Gold is a go. The former Discovery star has now partnered up with the former American Chopper executive producer,  and he promises to bring us something really special. This is what we know now.

Greenhorn Gold Is Officially In Development

Executive producer Franco Porporino has agreed to develop a new gold mining show, along with Todd Hoffman, called Greenhorn Gold. According to Radar Online, the two men hit it off, and are ready to work together on the Züm Media creation.

Franco told the publication that Todd is one of the “nicest guys” he ever met, which may not surprise anyone. Franco could possibly have firsthand experience with the colorful barnyard language and explosive tantrums that the Teutul family regularly engaged in on American Chopper. But, it seems that after meeting with Hoffman, Porporino sees much more in the singer and gold miner. Porporino sees star power in Hoffman and his idea for Greenhorn Gold.

“Hoffman is a reality star genius. He made Gold Rush what it is today, and Greenhorn Gold is going to be even bigger! It’s going to be an amazing show and we are going to change people’s lives, when they win real gold!”

It does seem inevitable that Franco and Todd were going to work together. Porporino is a reality show heavyweight and Todd and his inexperienced crew certainly built up the adventurous reputation of Gold Rush through those first few seasons. In 2003, Franco completely changed the landscape of reality tv when he brought American Chopper to television. This is when the world was introduced the colorful Teutul family and their custom cycle shop. This changed what realty tv could look like.

Proporino is not the only experienced reality producer. This project will also include BoBCat Studios producers Thom Beers, and Jeff Conroy and Sarah Bernard. They are also reality gold, as producer Beers has Emmy-winning experience with such shows as the Deadliest Catch, and other more “dangerous” reality shows. Franco Porporino will officially be the executive producer of Greenhorn Gold, along with BoBCat Studios, and Züm Media, including its founder and CEO, Jose Behar.

Green Horn Gold has begun. We are now officially in development.

What Is Greenhorn Gold?

As TV Shows Aces previously reported, the premise of Greenhorn Gold is that contestants will compete against each other in a set of, yet to be revealed, “blue collar,” gold mining competitions. There will initially be 40 contestants and half will be eliminated in the very first episode. Then, there will be a weekly elimination. At the end of the season, the six male and female contestants that remain will win big. According to the official website, each of the finalists will receive approximately $200,000 worth of raw gold, per person. This is a worthwhile bounty for any aspiring gold miner!

As for other details, there are none. Hoffman has kept this information close to the cuff. Clearly, Porporino is impressed with what Hoffman wants to do with the show. It is hard to imagine that Greenhorn Gold will include the big trucks and washplants of Gold Rush, or the skin diving shenanigans of Gold Rush: White Water. Perhaps the show will focus on some of the everyday mining challenges the Hoffman crew encountered including blowing up a boulder or a clever bush fix for a damaged truck.

Greenhorn Gold has been a bit of a waiting game for Hoffman. At the end of last year, Todd had revealed that signing on to a producer was absolutely necessary. This was clearly a do or die scenario for Hoffman. The Züm Media co-founder and executive producer has been talking about Greenhorn Gold on his social media a while now. He started the new show conversation since he shocked Gold Rush fans with his February 2018 announcement that he was departing from the series.

Yet, his departure was understandable. Todd has always been upfront with fans that the long periods of absence, due to gold mining, was putting a strain on his family. Although he mined with his father Jack, and son Hunter, he was missing out on home time. Fans of the show may be surprised to learn how much time the miners have to actually work.

Gold mining starts in the spring and stops in the early fall, around the time of the first freeze. But, the work doesn’t end there. The offseason can be busy with repairing and buying new equipment and perhaps looking for better land to mine. Then, there is the general meet and greet public events, as well as media events and interviews in conjunction with the show. Hoffman has always been very generous with his time with fans of Gold Rush. He is always happy to meet them in person and communicating on his various social media accounts.

Are you looking forward to Greenhorn Gold? Let us know your opinions in the comments below. Currently, there is no official word on when or where Greenhorn Gold will be airing, but meanwhile, don’t forget to watch the new episodes of Gold Rush Season 9 on Fridays on Discovery.