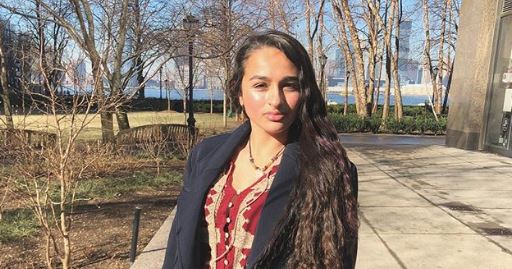 This season on I Am Jazz the fans have been watching Jazz as she deals with her bottom surgery. On new previews, she showed that a boyfriend is about to enter her life. This is going to be interesting. It was also revealed that her boyfriend’s mom might not be totally on board with their relationship.

So far, Ahmir has only been seen on previews. There is information about him out there, though. Your Tango did share a bit about Jazz’s new man. These two met on the Internet and he seems to make her very happy. Jazz even admitted that they kiss “a lot.” If anything more has happened, Jazz isn’t sharing that news. She has made it clear in the past she wanted to find love.

One thing is that her friends like him and that is a must! Jazz had sweet things to say about him. She revealed, “I feel like I’ve been ready to fall in love for so long. It’s like the ultimate connection. Ahmir just gets me and I get him.” He sounds like just what she had been looking for. It does seem like he was around during her surgery, but she didn’t show him on the reality TV series just yet.

This is a one shot selfie I just took and I love it. I am purpose fully realized. I am so powerful and I know that now. Expect an unstoppable Jazz soon to come💁🏽‍♀️

Jazz Jennings has been avoiding posting about him on social networks, which can’t be easy. That is the best way to keep from spoiling everything, though.

Jazz is quiet about their relationship status

Jazz Jennings is trying to keep any spoilers from coming out about her relationship status with her boyfriend Ahmir. The fans would love to know if they are still dating. It looks like Jazz is doing a good job of keeping the secret.

Ahmir was seen on a preview and so viewers should get to know some of this during this season of I Am Jazz. She was even seen on the phone arguing with what appeared to be his mom about the fact that Ahmir was dating someone transgender. He seems to be around a lot considering how much they showed him in this one preview.

Are you excited to see Jazz Jennings and her new boyfriend? Share your thoughts in the comments below and don’t miss new episodes of I Am Jazz on TLC on Tuesday nights. It does look like Ahmir will show up very soon now that she is headed home after surgery.