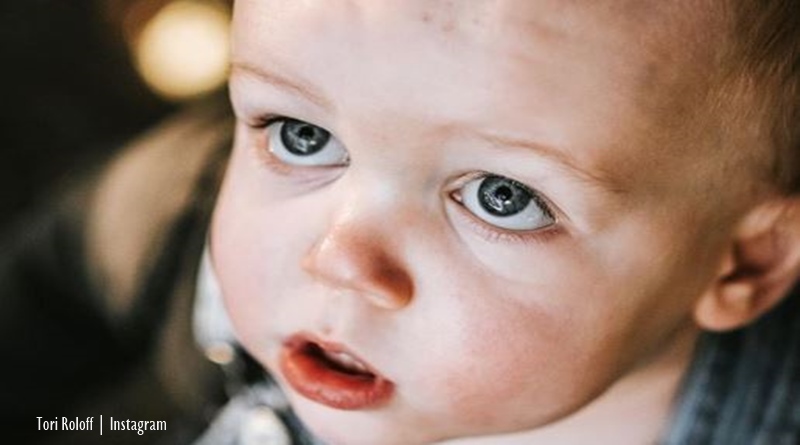 Jackson, born with the same type of dwarfism as his dad Zach, and granny Amy Roloff, won’t grow to an average height. However, Heavy.com did note that at birth he was an average length. They wrote in April last year, “Although he was born at a healthy weight of 9 pounds, 1 ounce, and was 20.5 inches long, Jackson will be short in stature as he ages.” Already, fans of Little People Big World count down on their fingers for Baby J’s second birthday in May this year. Just going on 21-months-old right now, he’s much shorter than his cousin Ember.

Ember, born in September 2017, is a few months younger than Jackson. Like her Dad Jeremy, Ember’s an average sized person. Actually, lighter and marginally shorter than Jackson at birth, she stands much higher then he does these days. Embers birth stats were 7.13 lbs and 20.25 inches but she grew faster than Baby J. You can see the height difference below.

I. CAN. NOT. 😭😭😭These two are just the sweetest cousins💗 Also, feeling super thankful for uncle Zach and aunt Tori for watching our girlsie while we are in Texas working on some exciting things for #ALoveLetterLife 💌 Literally living for all the photos and videos of the cousins playing that Tori has been sending us 😩 You bet I’ll be framing this one😉 thanks @toriroloffphotography

Tori posted up an Instagram story last night, February 5, showing her measuring Jackson. Laughing, as he wants to do the measuring all the time, in her story, Tori says Jackson has “made it above two-feet.” The Bump.com and other sites indicate that a boy without dwarfism of around 20 to 21-months old would usually measure about 33 to 34 inches. Therefore, at two-feet (24 inches), Jackson’s probably about eight to 9 inches shorter than average kids his age. Heavy.com also mentioned that “males with achondroplasia generally grow to be about four feet, four inches tall.”

Not two-years-old yet, this means that Jackson could very well be nearing half his total body height achieved during his lifespan. Not that height matters, as Tori mentioned a while back. Zach being short is the norm for her these days. The Roloff’s generally come across as engaging personalities and it’s what’s inside a person that counts more than height. In fact, the whole purpose of Little People, Big World is to raise awareness of those born with dwarfism. Additionally, the show sends a message about resilience in dealing with setbacks and personal difficulty.

The new season of LPBW

The new season of LPBW should come out around spring or early summer 2019. TLC never announced the date, but both Amy and Tori Roloff hinted at it. Hopefully, the show brings lots of coverage of both Ember and Jackson.

What do you think of Jackson Roloff wanting to play at being measured? Do you think his milestones that Tori shares are awesome? Sound off in the comments below.

‘LPBW’ Isabel Roloff Slams Haters, Says They Can’t Bring Her Down
Loren Brovarnik Gets ’90 Day Fiance’ Fans Raving About Her Style
‘Bachelorette’ Cody Menk: What Exactly Is A Zipper Sales Manager?
‘Bachelorette’ Preview: Katie Warns Clout-Chasers To Get The Eff Out
Is ‘Counting On’ CANCELED? Abbie Duggar Drops More Hints