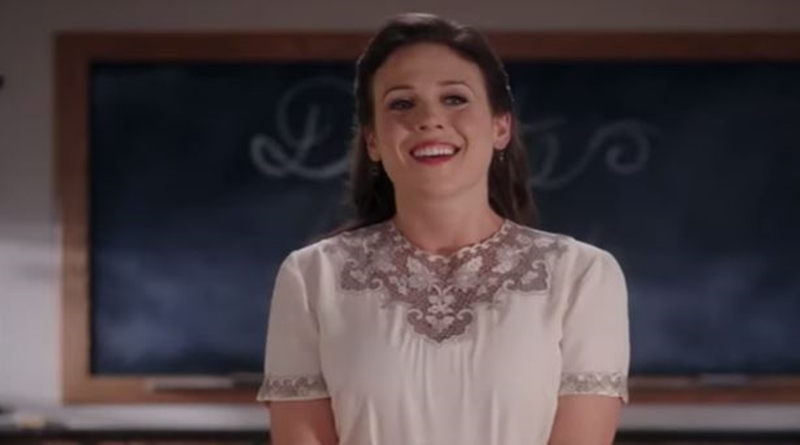 When Calls the Heart fans (Hearties), can’t wait for Season 6 to premiere on February 24. In the meantime, Instagram supplies news about Elizabeth Thatcher Thornton, (Erin Krakow), and her new baby Jack. In a recent post, Erin took to the account of the twins who star in her baby’s role and talked about how she is their “fake” mom.

Hearties know Erin’s got a great sense of humor, and she makes them laugh over on her Instagram. Some of her interactions behind the scenes with Paul Greene (Carson Shepherd), in particular, make them giggle. On social media, we get to see the fun side to our favorite member of the WCTH cast. Actually, on screen, we do see Erin enjoying life sometimes, but we seldom hear her teasing anyone. While she plays her role to perfection, in real life Erin can be a tease.

For fans who don’t know, or missed the Hallmark Christmas Special, Erin gave birth to her baby and named him Jack. Of course, Jack arrived in the world of Hope Valley after his dad, Mountie Jack Thorton (Daniel Lissing), died at the end of Season 5. Even those who know about baby Jack, may not realize the role in When Calls the Heart Season 6 is played by identical twins. Their names are Gunnar and Lincoln.

On a recent post showing, for the first time, the mom of the twins, along with her babies, fans tried to identify which was which. In fact, their real mom asked fans if they knew who was who. Actually, some fans gave up trying to see the difference. Others, sharp-eyed as only Hearties can be, managed to successfully identify who was who. Erin of course, spoke up on the post, as she often does. Definitely, it seems the mommy role she played endeared her to these stage babies.

When fans of When Calls the Heart struggled to identify the boys, Erin said, “Fake mama knows!” She then added, “Squeeze them for me!” Of course, Gunnar and Lincoln’s momma responded, joking that she knew Erin would say something like that.

A few past selfies with momma on-set. Who’s who? 🤭

How to tell the baby Jack twins apart

According to the follow-up post, the real mom explains how easy it is to tell the difference between the two boys. It seems that Gunnar has a little double chin and Lincoln has bright smiley eyes and has no double chin. Actually, when compared side by side, Gunnar is definitely a slightly bigger looking boy.

What do you think of Erin Krakow teasing that the  baby Jack “fake mom knows best?” Can you tell the twins apart? Let us know in the comments below.