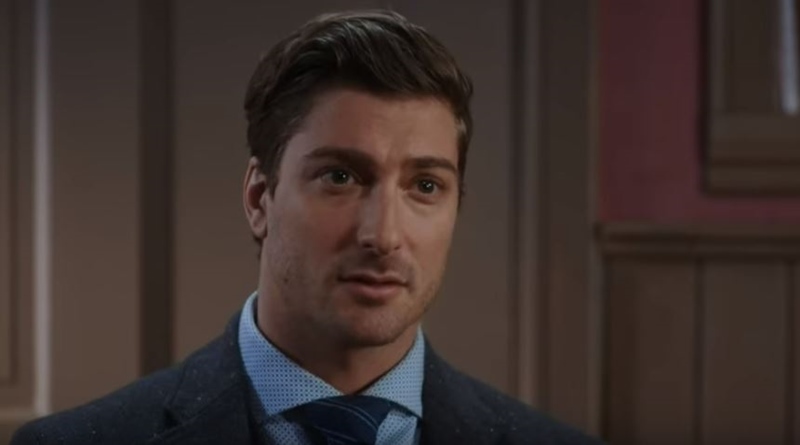 When Calls the Heart Season 5 left followers (Hearties) of the Hallmark show devastated when Mountie Jack Thornton (Daniel Lissing) died. Desperate Hearties holding out hope for his return found a cryptic message by him on Instagram. Many of them hope this means he is actually alive and will return to the show. They quickly tried to interpret what he meant, and ask how he could come back from the dead.

‘When Calls the Heart’ cryptic message

Daniel Lissing spent time over the holiday season in Australia. However, it seems he is back in Los Angeles, California judging by his latest Instagram post. He posted up a photo of him in black and white, looking amazing.  Most Hearties expressed their best wishes for the year and drooled over his good looks. However, the cryptic caption made others hope for his return in When Calls the Heart and that his character Jack still lives.

His caption was simple, but with the heart-style backdrop, it added to the hopes of Hearties. He wrote, “All heart this year #2019.” When you love something and it is taken away, grief follows. So many hearties ended up broken-hearted when Jack died that they immediately latched onto the caption as a cryptic message.

Hearties ask Danielle Lissing if he’s coming back to ‘WCTH’

Here’s what some of the fans said about the message and their hopes it means he may not be dead after all:

@sasquarah: “Cryptic! What does that mean?!”
@avery__sue: “All heart? Are you going back to WCTH???”
@tomgigik: “YOURE SAYING YOURE COMING BACK TO WHEN CALLS THE HEART???!!! [sic]”
@deboraglover: “Back on the show?”
@paivijkoskinen: “We all miss you ”Jack” and really hope you wake up from the dead like Bold and the Beautifull.”
While the fans hoped the message was a cryptic signal that Daniel will return as Jack in When Calls the Heart, one commenter did hope for that but mentioned it’s “probably wishful thinking though.” Mind you, having killed him off, if Hallmark did somehow write him back into the story, while ratings would leap through the ceiling, fans probably would freak out as many of them got so badly hurt by his death.

Season 6 of ‘When Calls the Heart’

Season 6 of When Calls the Heart returns to the Hallmark Channel on Sunday, February 24. Will Hearties see Daniel Lissing come back in it? Sadly, this is highly improbable. However, the show is all about Hope Valley and where there is hope, optimism rules eternal.

What do you think about the post by Daniel Lissing? Do you think it sends a cryptic message? If they did bring Jack Thorton back into the story, how do you think they would do it? Sound off your ideas in the comments below.

Remember to return to TV Shows Ace often to stay up to date on news about When Calls the Heart.