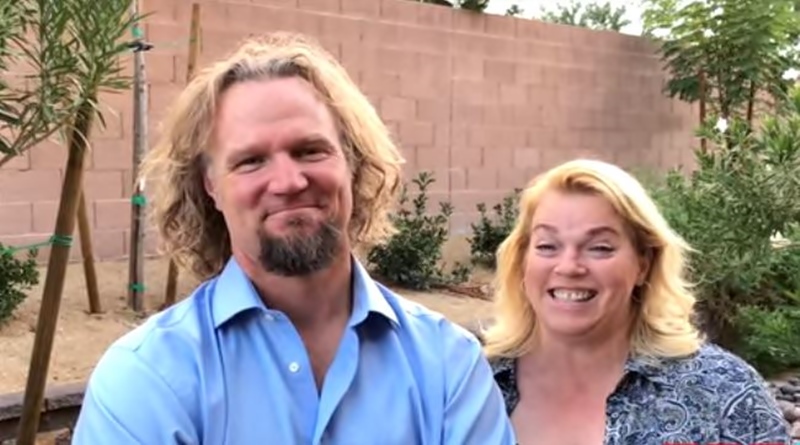 Sister Wives fans seldom fail to miss the tiny details of Janelle Brown and the rest of Kody Brown’s sister wives. Fans noticed that Meri and Janelle Brown don’t wear rings, but Robyn and Christine do. Janelle spoke up on why she won’t wear Kody’s rings – and she says she had about three of them.

Over on Twitter, a sharp-eyed fan of the TLC show question why Janelle and Meri don’t wear rings. Actually, Meri failed to respond to the question, but Janelle answered. However, she didn’t try and speak for Meri. Obviously, Meri has her own reasons, like, maybe the fact that Kody divorced her. Fans of Sister Wives recall that Kody wanted to marry Robyn, to adopt her children. In fact, many of Meri’s fans feel Kody treated her poorly by not later remarrying his first official wife.

As far as fans know from the show, Janelle and Kody never had as much drama as Kody and Meri. Therefore, the fact that she does not wear his rings interests them. Did they have a major fall-out we don’t know about? Does Janelle secretly feel that her man loves her less? Did she fling her rings down the toilet? These are all possible scenarios, but Janelle indicated it was nothing like that.

Janelle Brown explains why she won’t wear them

Fans of Janelle can relax. There’s a very simple and straightforward answer as to why she keeps the rings off her fingers. She simply does not like to wear them. However, that does not mean she hates jewelry. Actually, Janelle loves bracelets and necklaces. Many Sister Wives fans agree with Janelle that rings just sometimes don’t cut it for them. Here’s what some of them had to say about it:

I’ve never liked rings . In fact I think @realkodybrown has given me 3 different ones through the years lol. All are in my jewelry box. Now, give me bracelets and earrings – then you are talking 😀 https://t.co/OwUhMPHaSv

Three rings from Kody Brown stay in the jewelry box

As noted in Janelle’s Twitter post, she has about three rings from Kody and they all stay in a jewelry box. Maybe Kody should give up on buying her rings, and rather just get her bracelets. On the other hand, it seems Janelle does wear earrings. From her social media photos, we see that she seems to favor those, so perhaps he should buy her some more. At least that way his investment will see the light of day.

What do you think about the reason Janelle Brown won’t wear Kody’s rings? Do you think rings are uncomfortable, or sometimes even dangerous in the workplace? Sound off with your thoughts in the comments below.

Matt Roloff GLOWING, ‘LPBW’ Fans Anticipate Wedding Announcement
Impressed Jeremy Vuolo Gawks At Wife Jinger In Tank Top And Shorts
Savannah Chrisley Secures Her Back-Up Baby Daddy: Who Is He?
When Is ‘Ultraman’ Season 2 Coming To Netflix?
‘Bold And The Beautiful’ Weekly Spoilers: Steffy Hangs With Liam, Sheila Has A Partner In Crime