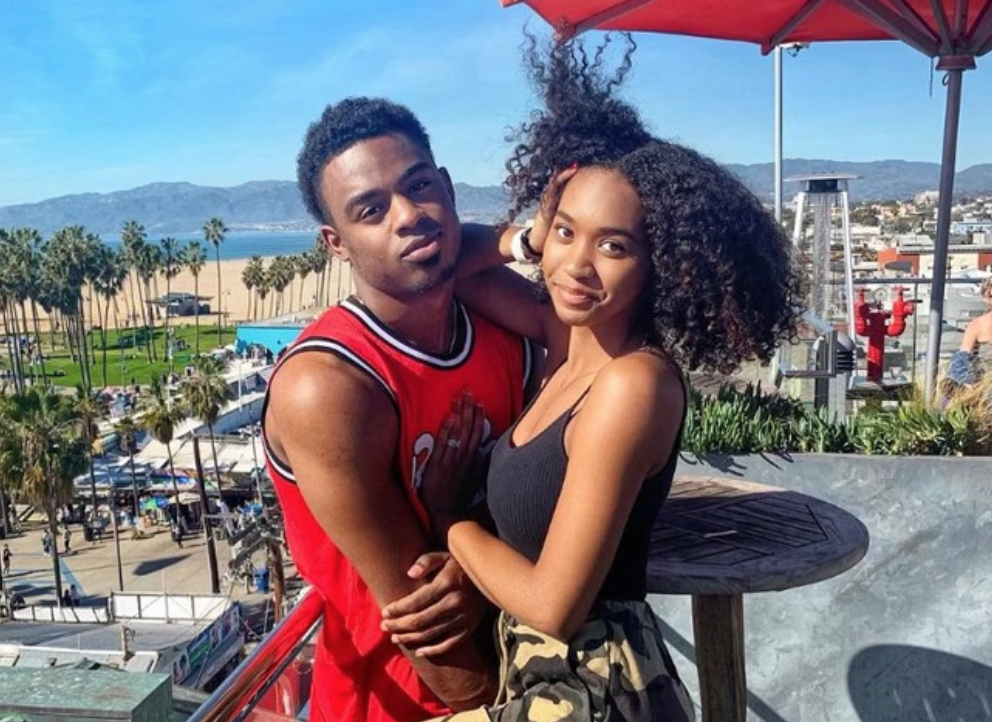 Big Brother stars, Swaggy C. and his fiancé, Bayleigh are in a Twitter battle with Kevin Schlehuber’s daughter after trying to put on a charity fundraiser for Kevin. Swaggy is not happy with the accusations.

Big Brother Alum Try to Put on Fundraiser, a Breakdown

Swaggy C. and Fessy always talked about having a basketball tournament once they got out of the Big Brother house. Once they got out they made that talk a reality. They added a twist though to make it an event for the fans.

This all changed when Big Brother star, Kevin, announced he had prostate cancer. That’s when Swaggy and Fessy decided they should make it a charity event to raise money for Kevin. They thought they would get sponsors and Kevin could have a majority of the money. However, this plan came to a halt when two different things happened.

First, Kevin Schlehuber happily announced they got rid of his cancer. Next, Swaggy wasn’t able to get ANY sponsors for the event. This means he couldn’t pay himself, Fessy, Kevin or any of the companies that were helping them put on the event. He had to resort to paying out of pocket.

That’s exactly what he and his fiancé Bayleigh did. They both went into debt to put on this competition.

Kevin told Swaggy it was okay, he didn’t need as much money. Kevin tells Swaggy he is so happy to be cancer free. He doesn’t need Swaggy to pay for anything other than flight and his hotel room. Anything else he got would be considered a bonus.

Kevin’s daughter came at Swaggy with all sorts of accusations. She said they made Kevin pay for his own room and flight. She also said they were just using Kevin for marketing. Swaggy was quick to debunk all of this in a video he created.

“Kevin’s face wasn’t even on the flyer,” Swaggy told fans after Kevin’s daughter claimed they just wanted to put his face on the flyer.

Kevin’s daughter claimed that Swaggy made thousands off of this event, but only gave Kevin $500. Profiting off of Kevin’s cancer.

“I know what happened, I know how much time and effort I put into this event only for this to happen as an end result,” Swaggy told fans on Twitter.

Swaggy said he has met Kevin’s daughter and he’s confused on where this is coming from. He even talked to Kevin who doesn’t want any drama.

A True Breakdown of Expenses

Curious to know how the expenses actually broke down after the event? Swaggy went over that in the video too. He says the event made approximately 19k. Since there were no sponsors, 8k went to reimbursing himself and Bayleigh for all the money they spent.

After that, $2,000 each went to Swaggy and Fessy. $800 went to Kevin, $800 went to Zero cancer and the rest went to other various places. Some went to the planner of the event, to Give Kids the World and to refunding T-shirt money after the shirts didn’t come in.

Swaggy and Bayleigh say that Kevin and his daughter have seen these expenses before and should know the breakdown. Luckily, everyone still likes Kevin.

“We have no ill will towards Kevin, never will,” Bayleigh said.

Her POOR judgment call should’ve been with ME. Not social media. Bay & I already get enough unwarranted hate. And for her to have my number & not use it & tweet lies on here just to be proven wrong? Guess what. We all know she’s wrong. Now what?

Do you believe Swaggy C about all this? Let us know if you think he’s in the right or in the wrong in the comments below. Be sure to tune in to Celebrity Big Brother.