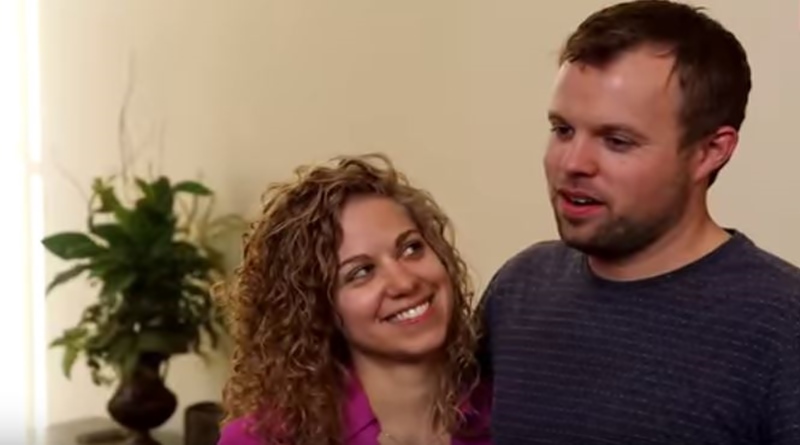 Counting On fans got treated to some photos of Abbie and John Duggar bonding over a home haircut. Abbie’s not an experienced stylist but John David seemed fine with it. Also, Jessa Seewald appeared on the scene, probably giving some tips. Fans of the TLC show know the couple, obviously deeply in love, tied the knot in their very own special way in November. Now, it looks like the pair enjoys the close and tender moments as their marriage grows.

Counting On wedding screened as a special on TLC

Just a few months back, fans watched the wedding on a TLC special. Back then, Abbie and John shared their very first kiss. Fans of Counting On know that there’s minimal body contact between courting couples in the Duggar family. Often, couples marrying receive a lot of mocking as so many people feel disturbed by their beliefs and practices. However, Abbie and John seem very popular. Possibly, it’s because their love comes across as so deeply genuine. You can’t deny the happiness on their faces.

John looks surprisingly relaxed in the Instagram photos they shared showing his first haircut by Abbie. Many fans loved that they could share a special bonding moment together. Meanwhile, others appreciated their thriftiness in saving up to $20.00. Similarly, other Counting On fans noted they also treasured the first time their haircuts were done by a loved one. Additionally, other followers recalled John’s sense of humor. Remember the wedding? He teasingly kissed Abbie’s hands, shoulders, forehead, and cheeks before the real kiss on the lips.

‘Counting On’ Season 9 brings more of Abbie and John Duggar

Season 9 of Counting On comes to TLC on February 11 this year. Actually, from the preview, fans know they’ll see more of Abbie and John. According to People, who announced the new season date, Jinger and Jeremy Vuolo feature a lot as she approaches childbirth. Fans of the show learn that Jinger felt terrified at the thought of giving birth. However, the show’s not all about Jinger this season, and Abbie and John’s journey of love will be revealed as well.

Additionally, People noted, “cameras capture John David Duggar, 29, popping the question to Abbie Burnett and all the excitement leading up to their nuptials in November as the couple enlists the help of Jana Duggar and family friend Laura DeMasie to coordinate the affair for 1,000 guests.”

Learning to cut John’s hair for the first time, he’s a brave soul!

Bonding over a home haircut

Fans of Counting On have seen the developments in the lives of the Duggars for years. The series expanded now, to accommodate the kids growing up and starting their own families. John and Abbie are right up there as fan-favorites. Followers felt that Abbie cutting John’s hair for the first time demonstrated a special and intimate bond. Here’s what some of them said about it:

What do you think of Abbie cutting John David Duggar’s hair at home? Would you be brave enough to try it? Do you think giving home haircuts shows their bond is growing? Sound off in the comments below and let us know.

Remember to come back to TV Shows Ace often for more news about the Duggar family and Counting On.