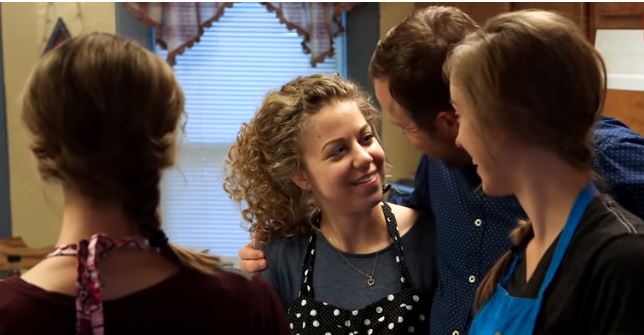 On both YouTube and Instagram, TLC announced the Counting On sneak peek for Season 4. Fans have been long awaiting some news about the upcoming season. The new season is set to premiere on Monday, February 11 on TLC. Viewers are only a few weeks away from seeing the Duggars back on television!

The sneak peek shows us a few of the big events that we have to look forward to. If TLC was trying to get us excited about the new season, it definitely worked!

In the short video, the Duggars each share a subtle line about a seemingly major event that is yet to be shared with us. For instance, Jinger Duggar Vuolo says, “My life will be forever changed,” and her siblings join in with similar phrases. There has to be something big happening this season.

In addition, we catch glimpses of the most recent Duggar family events that will go public during this season. Felicity Vuolo, Jinger Duggar Vuolo and Jeremy Vuolo’s daughter, is born. Josiah Duggar and Lauren Swanson Duggar head off on their honeymoon. John David Duggar proposes to Abbie Burnett Duggar. These are just some of the highlights and there is bound to be even more going on. This is definitely going to be a full season!

What’s the big Counting On announcement?

In this sneak peek, we get a hint at a surprise. One of the producers asks the Duggar children, “What if I told you somebody else in your family has a big announcement?” All of the Duggars seem taken aback by this question.

Now, there is something that says this announcement might have something to do with Jana Duggar. All of the Duggar kids and their spouses display some level of shock. When the camera moves to Jana Duggar, the producer says, “James was letting on that it was you.” Jana Duggar simply laughs and doesn’t say anything.

This could be the courtship news we have all been waiting for! It could be nearly anything else though. We do know that Jessa Duggar Seewald is pregnant with her third child. One of the couples could be having another baby. Another Duggar could be courting. Maybe we will get thrown a curveball with some news we aren’t expecting.

So, what do you think the big announcement will be about? Leave your best guesses in the comments! Don’t miss Counting On when it returns to TLC for season 4 on Monday, February 11 at 9/8c.