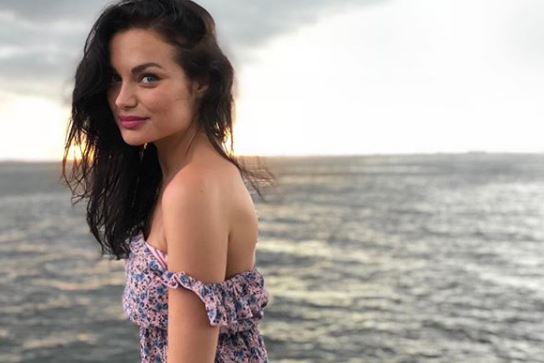 In Episode 13 of A Million Little Things which aired on January 31, 2019, a lot was revealed. Ashley now has to live with the guilt of being “12 seconds too late.” Meanwhile, we learn that Jon couldn’t “live with the guilt.” He explains in his letter to Delilah, “It wasn’t just a business deal.” But what does he feel so guilty of?

A Picture is Worth a Thousand Words

Meanwhile, the biggest clue of all has been staring us all in the face. Barbara Morgan is the artist who painted the picture of the Charles River. For once, I’m not going to offer any more theories. The memory card with Jon’s final video is probably what’s in the envelope he left for Barbara.

In an interview with TVGuide, Constance Zimmer, who plays councilman Jeri, NOT Barbara, assures us, “…the Barbara storyline is really, really cool and very unexpected. I believe the payoff will still be just as great as if I was actually Barbara Morgan.” Now everyone just has to wait for it to happen.

Gina and her wedding album

Please, do not get me started on how ridiculous the scene with Gina and her four-year-old wedding album. I do think it’s important for the audience to learn Gina and Rome got married four years ago. Perhaps there’s a photo which will offer more clues. Gina urges Rome to continue taking his anti-depressants. In next week’s episode, Regina’s overbearing mom “brings up disturbing details of her past.” Again, everyone is harboring secrets from their past which cause them guilt and affect who they are in the present day.

While I disliked the scene between Regina and their photographer played by Perfect Stranger’s Bronson Pinchot. There was particularly nice chemistry between Maggie and Sophie in the Lexus. These two females relate well to one another as both are dealing with the grief of losing a close family member. I hope Sophie will be able to continue to lean on Maggie.

Numbers (especially number 11) seem to have an impact on the storyline. Who else caught what Ashley told Delilah? She said, “11 weeks ago, I got them to put the deal back on.” My fingers are crossed that Jon’s past involves September 11, 2001. That would be a great twist for A Million Little Things.

Ms. Nelson played by Drea de Matteo (Adriana in The Sopranos) appears in scenes for next Thursday’s episode.  She is scheduled to be a recurring character and described by Deadline as a woman living at Barbara Morgan’s old address. Fans are already commenting that her appearance is similar to that of Ashley’s and wondering if they could be related, specifically mother/daughter.

Duggar Cousin Amy King Admits There’s Crazy Under Her Surface
‘RHOBH’ Season 11: Andy Cohen Claims Erika Jayne Reveals All, Answers Everything
Lori Loughlin One Step Closer To Returning To ‘When Calls The Heart’
Lance Bass Dishes On His ‘BIP’ Experience, Plus Engagement Predictions
Cheryl Burke Dishes On The Future Of Her ‘DWTS’ Career