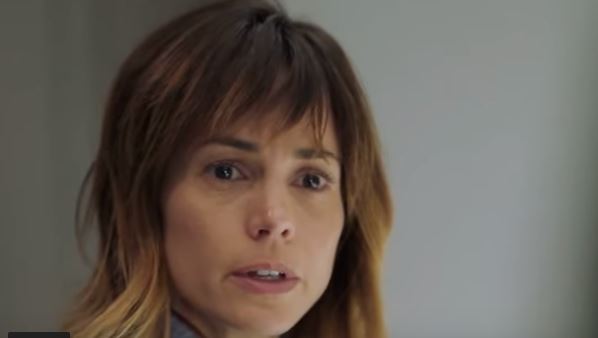 Warning: Spoiler Alert and if you haven’t watched tonight’s episode of A Million Little Things wait to read this article.

I feel like I am channeling my inner Carrie Bradshaw as I type this piece immediately following tonight’s incredibly amazing episode of A Million Little Things. Jack Berger (played by Ron Livingston) may not have given much thought when he absent-mindedly and cruelly broke up with Sex & The City’s Carrie via a post-it note, but Jon Dixon had meticulously organized every detail leading up to when he took his own life.

There finally is a true comparison between This is Us and A Million Little Things – smoke detectors. While the plots of both serials may seem a bit outlandish and far-fetched at times, tonight’s parallel of something as simple as a home’s need of batteries for a smoke detector for safety shows how in tune to the nuances of daily life both programs truly are.

Even Rome pitched a real Hidden Valley Ranch Commercial that was shown at the next commercial break! Will that air during the actual 2019 Super Bowl with the Patriots?

The show emphasizes what a difference a day can make. So enjoy each one and live life to the fullest because no one knows what tomorrow holds.

Gary must be reeling that his last words to Jon were “Go to h@ll.” Never in a million years would he anticipate that Jon would commit suicide the following day during lunch.

At noon, Gary learns he’s clear of cancer, calls to make things right with his friend, share the great news about his health committing to a dog. Instead of speaking to his friend, Ashley informs him of the tragic news.

One fan posted on the Million Little Things fan Facebook thread, “You know what guys, I don’t think there are any bad guys in this story….there are just human beings.”

Ashley is no longer looking like the bad guy in all of this. Jon trusted his life to her and made her his trustee.

The dialogue between the characters is so rich with so many takeaways, including:

“We can’t change the past, only our reaction to it.”

“You gotta enjoy your work….Until then, your job is a job.”

“Sorta feels like every man for himself right now.”

While viewers do obtain some closure and several answers, there are still a million more:

We still need to know WHO IS BARBARA MORGAN?

Why did Regina phone Jon after she experienced sexual harassment and not her husband Rome?

Why was Maggie’s dad introduced on this particular episode? I still sense a connection between Jon and Maggie and possibly sibling connection. Jon references a bottle of wine as changing his life. Could he have killed someone in a drunk driving accident? Could that person be Maggie’s brother who died in a car accident?

I’m just going to leave you with that. Until next week…or my next theory….