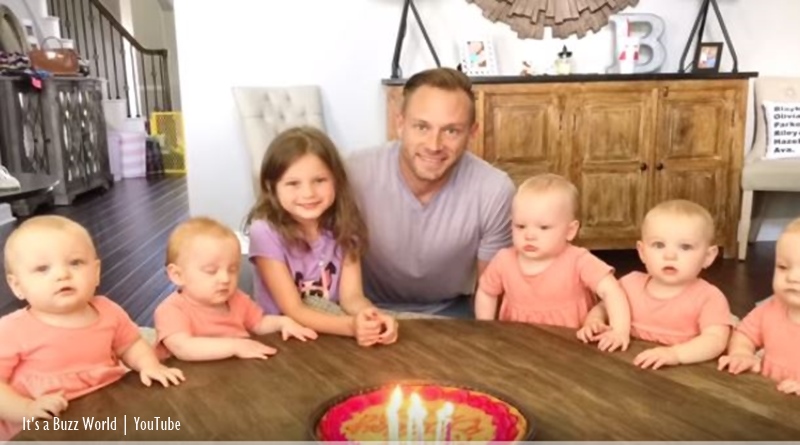 OutDaughtered fans heard about Adam Busby’s rather uncomfortable first date arrangements with Danielle. Actually, fans of the TLC show love it that Adam Busby posts lots of photos on Instagram and Danielle writes for their blog. The details about the first date came from Danielle, who wrote about how the couple met, on their It’s a Buzz World blog.

‘OutDaughtered’ – The show about Adam Busby, Danielle, and the girls

The Busby family quickly became fan-favorites when the OutDaughtered show began in May 2016. The series follows the journey of the family after their all-female quintuplets were delivered via C-section on April 8, 2015.  The quints older sister Blayke Louise was born in 2011. Blayke comes across as a caring and pleasant big sister. The quints themselves keep fans amused as they reach various milestones, and their parents get lots of kudos for good parenting.

The backstory to the birth of their five little girls obviously became the main focus of the OutDaughtered series. Fans wanting to know more about the Busby’s relationship and how it all started now know how it all began. Luckily, dying-to-know fans know more as Danielle described their hook-up in their blog. The story’s quite amusing and in places, incredibly awkward.

Danielle experienced what so many others do – the shocking first meeting with the parents and siblings of a boyfriend. To make matters even worse, it turned out that their date involved his sister’s birthday. So, the first date actually turned out as a family affair. Apparently, Adam forgot to tell Danielle all the details. According to the blog, Danielle felt things were really awkward.

She wrote, “Well off to his house we go…his parents house.  Adam never tells me anything about what’s going on or that his family is home.  We go inside and…Adam leaves me in the living room as he goes in his bedroom to change.  Now I’m sitting in a house I don’t know with his mom, dad, and sister walking in to come talk to me…to question me. (sic)”

Incredibly, after that surprise family-affair date, Danielle did agree to date Adam “officially.” She explains that he asked her that same night and she agreed. They dated for over two years and then came the big surprise. He asked her what she wanted for her birthday, but he never actually planned on giving her a bracelet or something. In fact, for her birthday he bought a ring and proposed to her. It came as a total surprise but nevertheless, Danielle accepted.

Their love obviously grew from there and they seem like a couple that’s worked hard to make their marriage work. However, their marrying never really jumped out as an instant love scene. The OutDaughtered couple actually met at work at Target. For months, Adam never really spoke to Danielle. Eventually, rather awkwardly, he did ask her for a date. The very first original date actually never happened at all. He asked her out, then “ditched” her to go hang out with his friends!

What do you think of Adam Busby setting up such an uncomfortable date with his family? How would you feel if your very first date ended up with you being ditched? Would you stick it out? Sound off in the comments below.