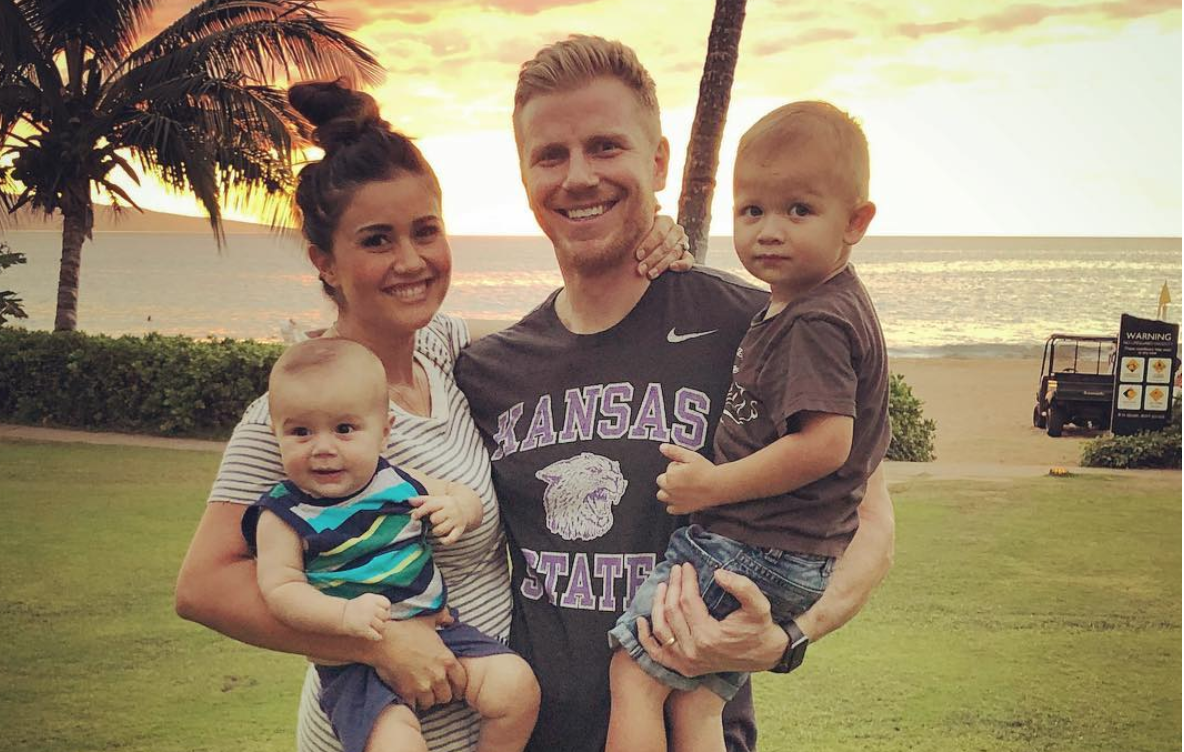 This season of The Bachelor has been full of virginity jokes about Colton Underwood. Every episode it has been brought up at least a couple times. Sean and Catherine Lowe are getting tired of the jokes and don’t want to see anymore according to Fox News.

Sean Lowe knows a lot about the virginity jokes Colton Underwood is facing right now. He faced them too when he was on the show. Now, he’s standing up for the NFL star and trying to get people to let his personal decisions go.

“I think some people are more interested in creating a joke around his virginity as opposed to just asking, ‘Why are you taking this stance?’ Because it’s obviously a choice and he probably has a pretty good reason behind it,” Sean Lowe said.

Sean went on to explain that he gets why people think it’s weird or odd. The thing is he doesn’t get why that means it needs to be made into a joke. This is Colton’s decision about his life, not really a joking matter. Sean Lowe wasn’t actually a virgin but instead was a born-again virgin.

We’re leaving Maui and it’s pretty depressing. But the good news is we get to look forward to a red eye flight home with two kids. Yay!

Sean took his time as “the virgin Bachelor” to talk about faith and bring people closer to Jesus which he was a big fan of.

“That name kind of cast me as being an outsider because of my values and [people] didn’t want to understand why I made that decision,” Sean said. “But now I see that it’s opened up a lot of conversation, and it’s been a blessing to be able to help people in some small way and maybe introduce people to Jesus because of it.”

Catherine Lowe just celebrated her fifth wedding anniversary with her husband, Sean. The two seem to be doing great and are still really happy together all these years later. This just proves that the show can work for some individuals when it comes to finding the love of their lives.

Like a fine wine, I want to drink her up and ask for seconds.

However, Catherine has given Colton Underwood some advice on being the Bachelor. She wants him to know that there’s a lot to be figured out with whoever he ended up with and it’s going to test him. He just has to find a way to show that he really cares about his girl of choice.

“There are so many factors that when you get off the show, you don’t really know each other. You don’t live in the same city, and there are so many things to learn about the other person that if you made a commitment to be with them through thick or thin, it really tests you in so many ways,” she said. “You have to find ways to show each other you care and that you’re in it. Just having the guy put you as a priority is really important in this stage.”

Are you tired of the virginity jokes? Let us know your take on them in the comments. Be sure to watch Colton Underwood’s season of The Bachelor Monday nights. Every week we get one step closer to seeing Colton fall in love.