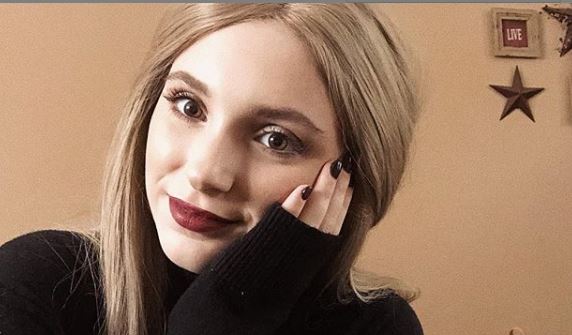 Mckayla Adkins from Unexpected has had a rough on and off relationship with her baby’s father, Caelan. Mckayla is a little over 37 weeks pregnant with her and Caelan’s second child. She has a Youtube channel where she gives updates on her life with son Timmy. On this channel, she recently announced that she would be moving out and moving back in with her grandparents indefinitely.

What is going on with Mckayla and Caelan?

The video was titled “Why I moved out.. we’re separated” On the video, she states that she and her son had made the move about a month ago. Everyone was then curious why it happened and what motivated her. She included that a lot of it had to do with how many hours Caelan was working and that he was never home to help with their son.

Last season we saw how much her grandparents didn’t want them moving in together. They honestly felt they weren’t ready, which seems to be the true case. They agreed that the situation wouldn’t be good for Mckayla or Timmy. Her grandparents have helped take care of her and now also help with her son.

McKayla states “Me and Caelan made the decision together that it would be best for me to move in with my grandparents because I’m not having the help and emotional support and stuff that I need. It made me super depressed to be there by myself all day because Caelan works all day — he’s not home until like eight o’clock or six o’clock. So he’s gone from before I wake up until about the time I go to bed. And we just weren’t having any social time and it was just really hard on me and I got depressed, and I just didn’t want to live there any more. I was tired of being alone.” So this seems to be a mutual decision between the two.

The two are expecting a daughter pretty soon. Mckayla had said she would remain at her grandparents until two weeks after her daughter’s birth. She then extended the time till two more weeks after that. So honestly who knows when she will move back. Fans are curious to see if Mckayla Adkins could potentially be on another season of Unexpected considering her new birth and the family drama that is occurring. Stay tuned to see if another season of the show is confirmed. You can also keep up with their family on her YouTube channel!