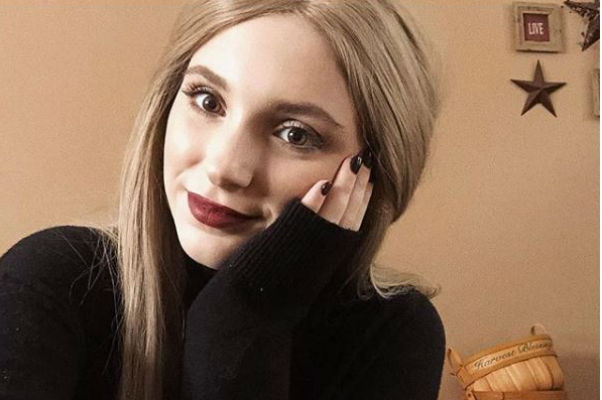 Mckayla Adkins of Unexpected has another baby on the way. She already has a son Timmy with Caelan Morrison. It turns out that this Unexpected couple shared a video about their second baby’s gender. Mckayla Adkins went to her YouTube channel to let fans see a big gender reveal.

The gender reveal video from Mckayla Adkins and Caelan Morrison was only a couple of minutes long. They decided for Halloween to use a pumpkin to let everyone know the big gender reveal. It is a really cute way to share the news. You can check it out below.

Mckayla Adkins shares at first about going to the doctor to find out she was pregnant. She took several home pregnancy tests first just to make sure. Then she shows off several shots of her baby bump along the way. Her son Timmy must be excited. He is kissing his mommy’s belly in part of the video. It even looks like he is already talking to his new brother or sister. Timmy is adorable and hopefully will love being a big brother!

It turns out that the Unexpected couple is having a baby girl this time! Timmy is going to be the older brother to a little girl. A lot of couples hope to have a boy then a girl, which is what they are getting. Mckayla Adkins didn’t share if she was hoping for a girl or boy or if they plan to have more kids in the future.

The viewers of Unexpected have seen issues between Caelan Morrison and Mckayla Adkins. They seem to be doing okay now, though. Her grandparents and his mom are all really involved. At least she has a lot of help so this might not be so hard on her having two babies at such a young age. Mckayla seems excited and of course, this means she is perfect to bring back for another season of Unexpected if she wants to come back.

Make sure you keep coming back to TV Shows Ace for the best in reality TV news and spoilers. Unexpected airs new episodes every Sunday night on TLC along with new episodes of 90 Day Fiance.

‘Welcome To Plathville Season 3’ Will The Family Make Amends?
Jenelle Evans Reveals Petty Details Of Split From Nathan Griffith
Meri Brown Gets Cryptic About ‘Being Broken,’ Is She Alright?
‘Arthur’ Fans Grieve Over News Of Long-Running Show’s End
‘Love Island USA’: Does Jeremy Hershberg’s Dad Have Ties To CBS?!