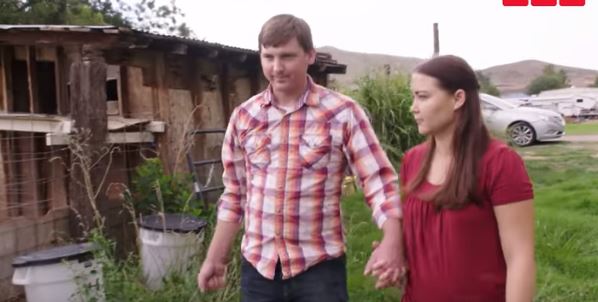 Tonight is the start of Season 2 of Seeking Sister Wife. Colton Winder and his family are joining the show. They have a story to tell, but a big part of it is that Colton was actually depressed before he married his second wife. Starcasm shared the details about how Colton even said he was suicidal before she joined the family. Colton does seem to be doing better now.

Details about Colton’s past

They are one of the two new families on this season of the show. Colton, Tami, and Sophie are the Winder family. They want to add another wife to the family, but of course, have to find the perfect woman. Colton Winder explained a bit about how he grew up.

“I was born and raised as faithfully as any youth is in the Church of Jesus Christ of Latter Day Saints. I was exposed to very negative views of plural marriage as a child and discovered later that there was also a happy and blessed side to it. It wasn’t always just a trial and a hardship.”

The Winders are new to polygamy but it is obviously the lifestyle that they want to live. Colton did have a bit of a struggle making the decision, but it sounds like it was worth it all.

Colton’s big struggle with his choice

Colton Winder had a huge struggle that even started when he was a teenager. He had to decide if polygamy was for him or not. He married his first wife Tami and he even stepped away from religion. So many people do this when they just aren’t sure what God wants from them. He shared that he became depressed and suicidal, but Tami was huge support for him.

He got over this and decided it was time to look into plural marriage. Colton still has a few issues with depression and anxiety, but things are better. It will be interesting to see how looking into adding a third wife to the marriage works for them. This will all happen on Season 2 of Seeking Sister Wife.

Don’t miss the new episodes of Seeking Sister Wife when they air on Sunday nights on TLC. They will air right after Sister Wives.

Kyle Richards Fans SLAM Lisa Vanderpump As A Liar Amid Bombshell Allegation
Courtney Waldrop’s SPECIAL Sign From God, Life Has Never Been The Same
Joy Forsyth Leads Her Children Down A Forbidden Path
Scott Disick Is No Longer Keeping Up With Any Of The Kardashians
‘Happiness For Beginners’ Adaptation Coming To Netflix With Ellie Kemper