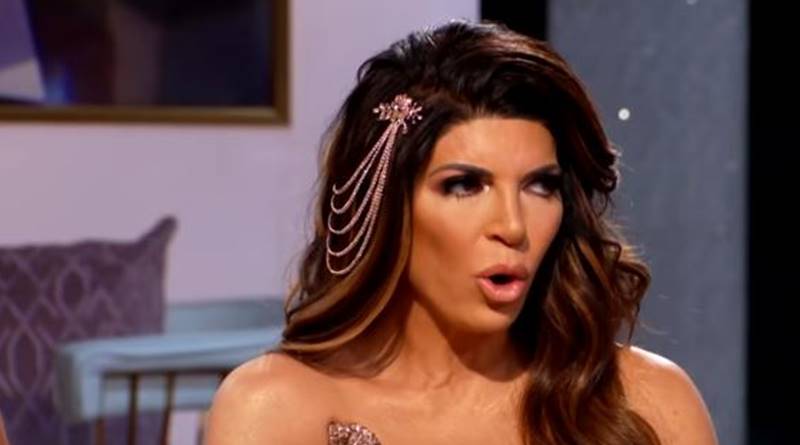 Fans know the Bravo personality has been trying to sell the six-bathroom, six-bedroom mansion she owned with her ex-husband Joe since September of 2020. Unfortunately, she hasn’t had much luck in the real estate department.

According to The Sun, Teresa Giudice first listed the mansion at just under $2.5M. In January of 2021, she made the decision to cut the price down to $2.25M. The listing came down before going back up just days later with another very small price cut.

In March, the listing of the New Jersey was pulled again because it had an offer pending. The Sun reports the offer must’ve fallen through as the home was relisted just days ago for $2,248,888.

Property records confirm Teresa is still the owner of the house. She has updated the listing with some fresh photos of the inside.

Is she desperate for cash? 2021 net worth revealed

According to Celebrity Net Worth, Teresa Giudice has a 2021 net worth of roughly $500,000. In 2015, the Bravo personality served 11 months behind bars for fraud. Both she and her husband filed for bankruptcy in 2011. At the time, the couple claimed they were $11 million in debt.

Looking at her 2021 net worth, purchasing a $3M home would have been rough for Teresa Giudice even with the help of her fiance. Selling her New Jersey mansion for $2.2 million would certainly have made purchasing the $3M home a little easier… But, she hasn’t done that yet.

So, RHONJ fans suspect the reality TV personality might be struggling for cash as she relists her mansion in New Jersey with a newfound push to sell it.

Teresa Giudice’s history with the mansion

Teresa Giudice raised her four daughters with her husband Joe in this New Jersey mansion. She purchased it with her now ex-husband back in 2002. They only paid $530,000 for it at the time. They spent the next six years doing renovations on it to turn it into their family dream home. After 20 years of being together, Teresa and Joe divorced back in 2019.

Preparing to start a new life with a new man in a new house, it makes sense that Teresa would want to sell the mansion that carries memories of her past life with her ex-husband Joe.

Do you think Teresa Giudice needs cash after purchasing that $3M home? Are you surprised by her 2021 net worth? Share your thoughts with us in the comments. And, keep coming back for the latest Bravo news.

Brielle Biermann Lays In The Sand In Skimpy White Bikini
Astroworld Tragedy Update: Travis Scott Sued For Negligence
‘Too Hot To Handle:’ Inside Nathan Webb and Carly Lawrence’s Close Friendship
Blake Moynes Dishes On Rumors He Could Be ‘The Bachelor’
Lilah Roloff Caught Digging For Gold In Special Family Photo