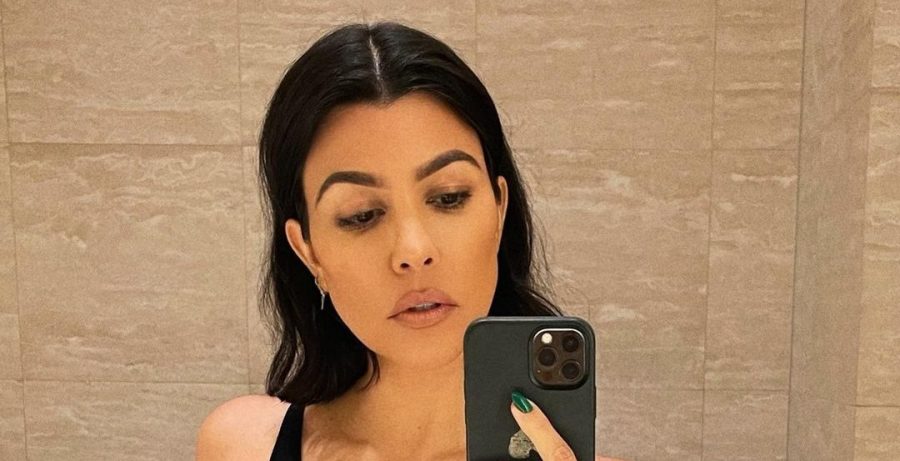 Recently, Kourtney Kardashian takes to her Instagram to share photos of herself and new fiance, Travis Barker in their Halloween costumes. However, the pair’s costume choice seems to have left a bad taste in some fans’ mouths. Keep reading to find out why Kourtney and Travis are slammed for their costume choice.

In Kourtney Kardashian’s latest Instagram post, she shares a series of photos of herself and Travis Barker dressed up. The brunette beauty is rocking a blonde wig, while her fiance’s signature tattoos are covered up.

One of the first comments comes from Kourtney’s sister, Khloe. Khloe Kardashian writes:

Am I stupid for not knowing who you guys are lol. I guess everyone is about to say something very obvious in the comments. 3,2,1…”

At the time of this writing, that comment has 212 replies and 1,323 likes. From the looks of the comments, the Good American creator isn’t the only one that wasn’t quite sure what was going on. One fan writes, “took me a while to figure it out too hahaha.”

Scrolling through the comment section of this post, it appears that many people think that the Poosh founder and Blink 182 drummer are dressed as Sid and Nancy. A few people make mention that the newly engaged couple also resembles Tommy Lee and Pamela Anderson.

In the caption, Kourtney Kardashian writes, “till death do us part.” Then, in the comments, fans point out that this might have been in bad taste. Some of the comments are:

Who Were Sid And Nancy

It seems that many people that got the reference remember watching the movie, Sid and Nancy. Some of them even had to be reminded that Sid and Nancy were real people. Sid Vicious was the bassist for a group British punk group called Sex Pistol. Nancy Laura Spungen was his American girlfriend.

The Rolling Stone reports the sad details of their relationship. On October 12, 1978, Nancy, 20 years old at the time, “bled to death on the bathroom floor of a room in the Chelsea Hotel in New York.” She had been stabbed in the stomach with a knife.

UK’s Independent writes, “Vicious, who was found wandering the hallways in an agitated state, was arrested and charged with her murder.”

The outlet goes on to report, “Though he initially confessed to the crime, he later denied it, claiming he had been asleep when she died.”  Sid Vicious dies of an overdose before trial.

Even to this day, there are many theories about who killed Nancy. One of them is that it was a “botched double suicide.” The Sex Pistols former manager  Malcolm McLaren seems to think that might be the case. McLaren says, “She was his first and only love of his life… I am positive about Sid’s innocence.”

What do you think about Kourtney Kardashian and Travis Barker’s Halloween costume choice? Do you think it is in poor taste? Share your thoughts with us in the comment section. Make sure to come back to TV Shows Ace for more Kardashian news.